Overcast and rainy. Currently, it's 64˚F. I have the blinds in my office drawn, because I'm just not up to that gloom today.

I didn't find my way into the new ghoul story yesterday. I very much need to today. The days during which I've not written are stacking up behind me.

Last night was mostly television. We began with the new Star Trek: Discovery, then proceeded to the first episode of the new season of Shameless. And then discovered SMILF, which should be forgiven it's idiotic anagram of a title, because it's actually quite good, and then we discovered White Famous, which is one of the funniest things I've seen since the early seasons of Californication, which it very much puts me in mind of. Turns out, that's because one of the co-creators is Tom Kapinos, and the show is set in the same "universe" as Californication and will even feature a few secondary characters from Hank Moody's world. Last night, for example, we got Stu Beggs. So, it was a TV night.

Also, speaking of discovery, I've discovered the joys of cold-brew coffee, which can be had with nothing more elaborate than a large Mason jar and a strainer that fits inside and holds the grounds.

My photo for today is from Saturday, because I refuse to promote this cloudsome day. 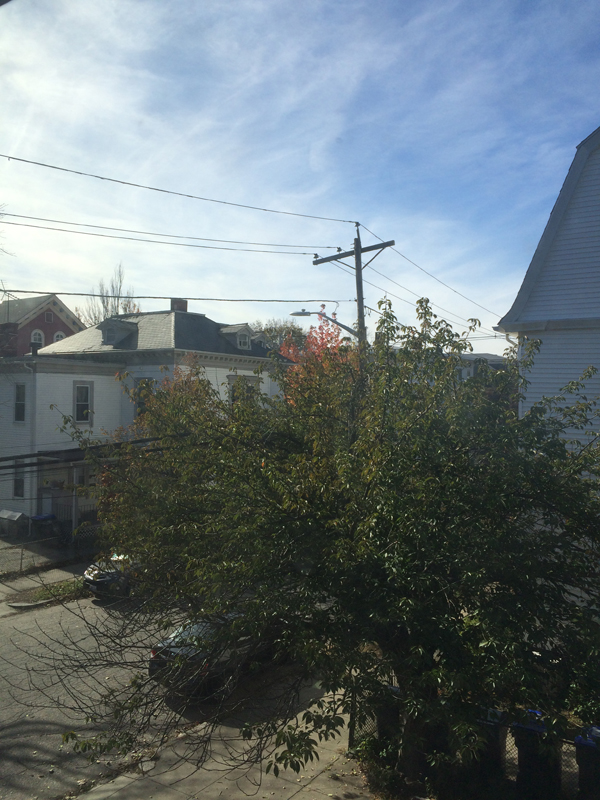 12:22 p.m., day before yesterday, the view from Spooky's sewing/doll-making room.