Here in Providence, on November 3rd, it's 74˚F and a good percentage of the trees are still green and flowers are blooming everywhere. Yes, it's a Chinese hoax.

Yesterday, I did manage to leave the house, and I even made it as far as New Bedford, Massachusetts. There was no particular reason for going to New Bedford. I find it a generally disagreeable place. But I'm reading Moby-Dick, and it's harder to get to Nantucket. So, we parked on Bethel Street, between the Seamen's Bethel and the whaling museum. We walked a short bit, more than my feet were up for, but we walked, anyway, north to the Fishing Heritage Center, where we suffered two very attentive docents. We finally slipped out the back and walked west up William Street to the Custom House (1832), which happens to be the oldest continuously operating Custom House in the Nation. We followed Williams to the 54th Massachusetts Volunteer Infantry Regiment Memorial, which commemorates one of the first federally recognized Civil War African-American regiments. From there, we walked south down Acushnet Avenue, turned east onto Union Street, which took us back around to the Bethel and the whaling museum. We spent about an hour and a half in the latter. We last visited it in August 2006, and the museum (established in 1915), has added quite a lot of new exhibits since then. We headed back home about four o'clock. And that was yesterday. I think I'm going to sign up to read at the museum's annual 24-hour Moby-Dick reading marathon, which happens in January. 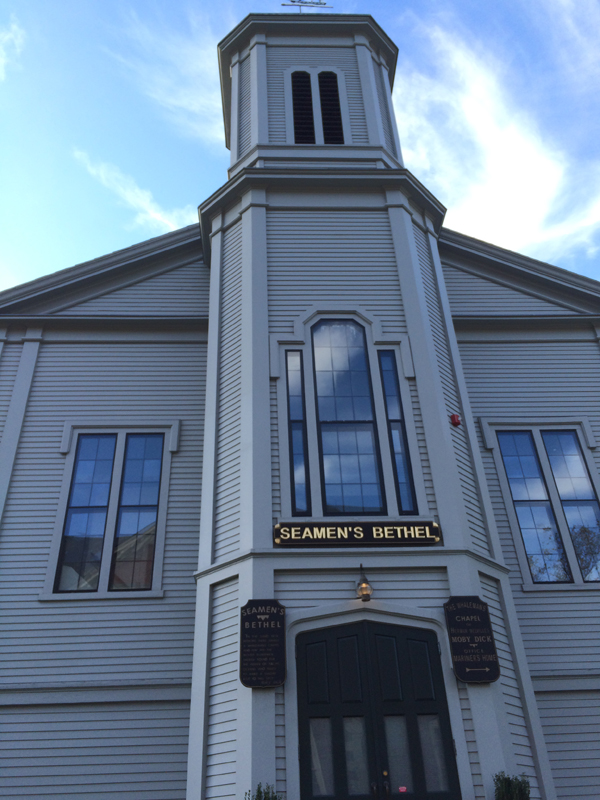