Partly cloudy, partly sunny this morning. Currently, it's 50˚F. And November. I find November to be the first bleak month. It is the herald of all the other bleak months, and hope has trouble straying very far into November.

It was a decent enough Halloween. Not as good a day as was Monday, but passable. We made the best of it. There were tiny chocolate cupcakes with orange frosting, and Spooky carved out two enormous jack-o'-lanterns while I wrote. They both seem to have survived the night. We watched It's the Great Pumpkin, Charlie Brown (1966), then followed it with Roger Corman's overwrought and overlit House of Usher (1960), and then we saw Juan Carlos Medina's very enjoyable The Limehouse Golem (2016), and then three episodes of The Twilight Zone. And that was Halloween this year.

If I can get through today, I'm taking two days off, and I'll be taking this Outside. And then I have to come back and write a ghoul story, and then I have to get back to work on The Tindalos Asset, which is due on January 1, 2018. 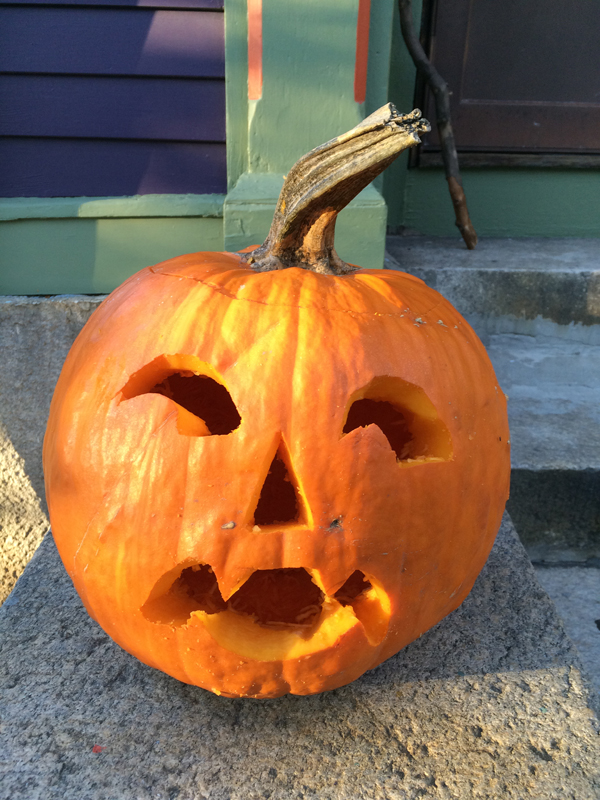