A terrible, wild night here in Providence. Driving rain and wind gusting to 65 mph. Today, there are leaves down all over and a great deal are without electricity in Rhode Island – almost a hundred thousand statewide, 66,000 here in Providence County alone. We were lucky. Though, for whatever reason, we have only lost power for any length of time here, in this house on this street, only once in more than nine years, despite hurricanes and nor'easters and blizzards. Spooky just told me that in New Hampshire, a gust of over 130 mph was recorded last night, at Mount Washington Observatory.

Yesterday, I wrote 1,255 words on "Albatross." Today, I'll work on it, then head over to the Hay afterwards, to scan documents related to Silk (which I have donated to Brown) for the forthcoming CP edition of the novel, including some of the many letters of rejection the book gathered up in the year (all of 1996) that was required for Richard Curtis Associates, Inc.* to sell the thing, despite glowing blurbs from Neil Gaiman, Peter Straub, Clive Barker, and Billy Martin, aka Poppy Z. Brite. Most of the rejection letters fawn over the novel, but confess they have no idea how to sell it, and "horror" is dying anyway, and how maybe I should write something else. This morning, I got an email from Sonya Taaffe, who bravely volunteered to proofread the ms.** resulting from the OCR scan. There are very many errors needing correction. Computers make poor transcribers.

It's still windy, with gusts up to 40 mph, but after last night, that seems calm. It's currently 54˚F.

Last night, what I thought was an especially good episode of Star Trek: Discovery, doing better with the time-travel thing than Star Trek usually has done. And there was the season finale of The Deuce, which might be the best thing presently on TV. I still quaintly call it TV. Or television. I likely always will.

* I left RCA in the summer of '98, shortly after Silk was published, and moved to Writers House. It was a wise move. But RCA is still the agent of record for Silk, which is why there's no audiobook (for example).
** Against the 2008 mass-market paperback edition, from which it was scanned. 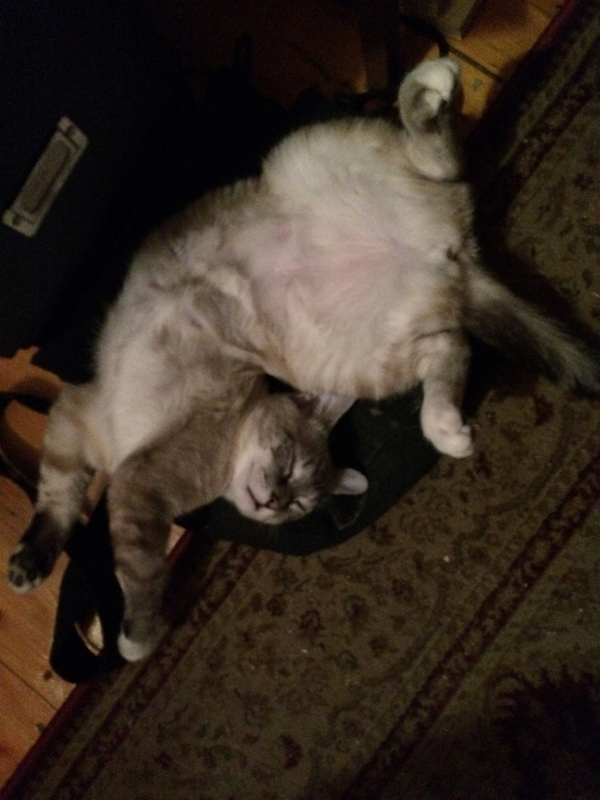