Yesterday, of course, we went to see Blade Runner 2049, a film that I'd waited thirty-five years to see. I am not a film reviewer, and I no longer try to be, so my comments are, by design, simple. On Facebook, I said "I can now say, with great relief, that Blade Runner 2049 is exactly what I'd hoped it would be, smart and beautiful and a perfect continuation. This is twice now that Denis Villeneuve has blown me away." There's not a lot to be added to that, not by me. I will say that I suspect the film hasn't fared better at the box office for the very same reason that the original bombed at the box office. It's intelligent SF, not just a shoot'em up action flick wearing an SF disguise. It's P.K. Dick seen through the lens of Andrei Tarkovsky. And, too, it's a sequel to a thirty-five year old film, a film a lot of the movie-going public has never seen and does not care enough to seek out. It's their loss. It's our gain that Ridley Scott entrusted his brilliant creation to Denis Villeneuve.

Today, I need to try to begin the final section I'm going to write for the new edition of Black Helicopters. It's mostly here inside my head; I just have to translate it into prose. I'm seriously considering subtitling the Tor edition "the Director's Cut," given that most of the new material were scenes I intentionally left out, because the chapbook had to be kept under a certain word count.

Yesterday I failed to mention that Wednesday was the twenty-fourth anniversary of the afternoon I began work on Silk.

It's a shame America can't muster the same degree of righteous indignation that's being voiced over Harvey Weinstein's misogyny to address the misogyny Hillary Clinton was subjected to during, and after, the 2016 Presidential Election. It isn't the mistreatment of women that moves us. It's the sexual angle. 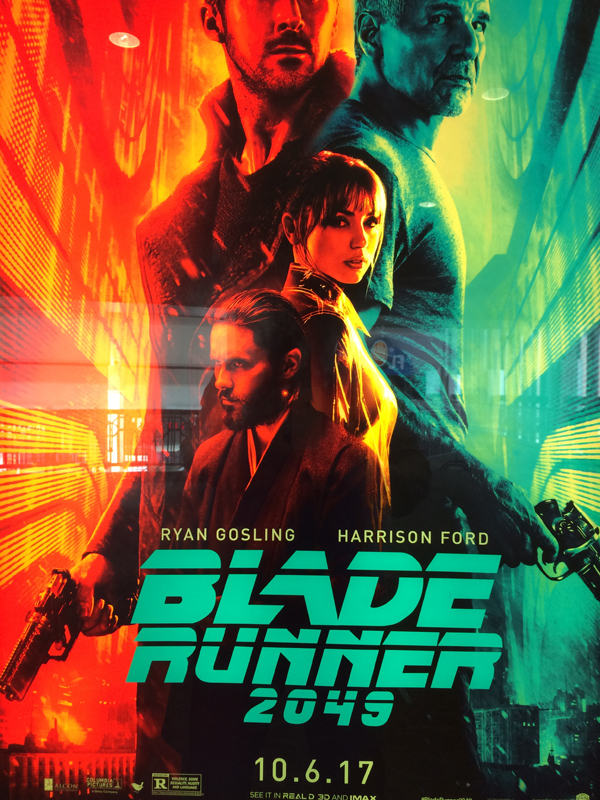