I know that once upon a time this journal had multiple reason for existing: as a means to promote my writing (first and foremost), as a place to vent about shit that pisses me off, as a way to stay in touch with fans, etc. However, these days, it serves no real purpose whatsoever. Over the past several years, the readership has fallen off to a tiny fraction of what it once had. Yeah, I know you read it. And you. But it has long since ceased to be a viable means of promotion, and I've ceased to use it to do much more than post a few lines about each day's work (and truly, no one gives a shit). I do not talk about the things that matter. Of course, I never should have, not in public. I should never have bought into the Big Lie of Blogging, which then became the Much Bigger Lie of Social Media. But I did.

I can try to say what's really on my mind, like this quote from David Foster Wallace that I posted yesterday to Facebook:

The so-called ‘psychotically depressed’ person who tries to kill herself doesn’t do so out of quote ‘hopelessness’ or any abstract conviction that life’s assets and debits do not square. And surely not because death seems suddenly appealing. The person in whom Its invisible agony reaches a certain unendurable level will kill herself the same way a trapped person will eventually jump from the window of a burning high-rise. Make no mistake about people who leap from burning windows. Their terror of falling from a great height is still just as great as it would be for you or me standing speculatively at the same window just checking out the view; i.e. the fear of falling remains a constant. The variable here is the other terror, the fire’s flames: when the flames get close enough, falling to death becomes the slightly less terrible of two terrors. It’s not desiring the fall; it’s terror of the flames. And yet nobody down on the sidewalk, looking up and yelling ‘Don’t!’ and ‘Hang on!’, can understand the jump. Not really. You’d have to have personally been trapped and felt flames to really understand a terror way beyond falling.

Or I can say fuck it all. That would be the smart thing to do, but, these days, in this world, smart is not in vogue. Smart is inadvisable. Smart gets you looked at funny. Smart gets you denounced.

Meanwhile, Sirenia Digest No. 140 has gone out to subscribers. And today I have to begin the scramble to produce a viable ms. for the Centipede Press edition of Silk. In September, I wrote 24,454 words of publishable fiction – a novella and a short story.

I want to be home. 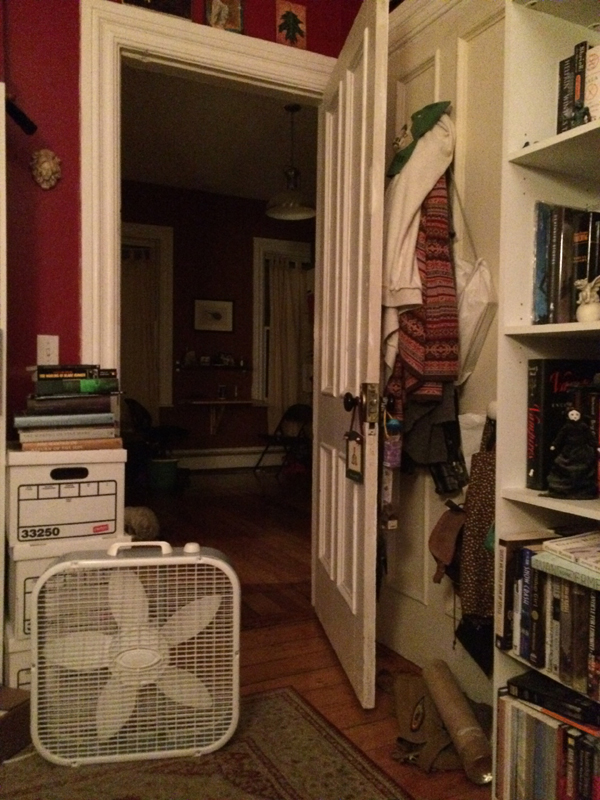