José is meandering about just offshore. Here, it's windy and rainy. Currently, 69˚F.

Yesterday, I spent two hours on line edits, and then I sent "Le Belle Fleur Sauvage" away to Dark Regions Press. The final word count came to 18,667 words. Also, I forgot to mention that on Monday I received my contributor's copy of the Japanese magazine Night Land Quarterly (No. 10), which translates and reprints "Apokatastasis." I wrote that story during a very tumultuous period immediately after 9/11, and it's a strange one for anyone to choose to reprint anywhere. But I trust that the editors had their reasons. Previously, it appeared in To Charles Fort, With Love (2005).

Apokatastasis: the state of being restored or reestablished; restitution.

Yesterday, I got to see a PDF for the complete ms. of Mythos Tales: Houses Under the Sea, with art included. What a beautiful book this is going to be. Today, I have to get started on Sirenua Digest No. 140.

Last night, we watched the second episode of the Ken Burns Vietnam series. It occurs to me that more than 20% of my life was lived during the Vietnam war. 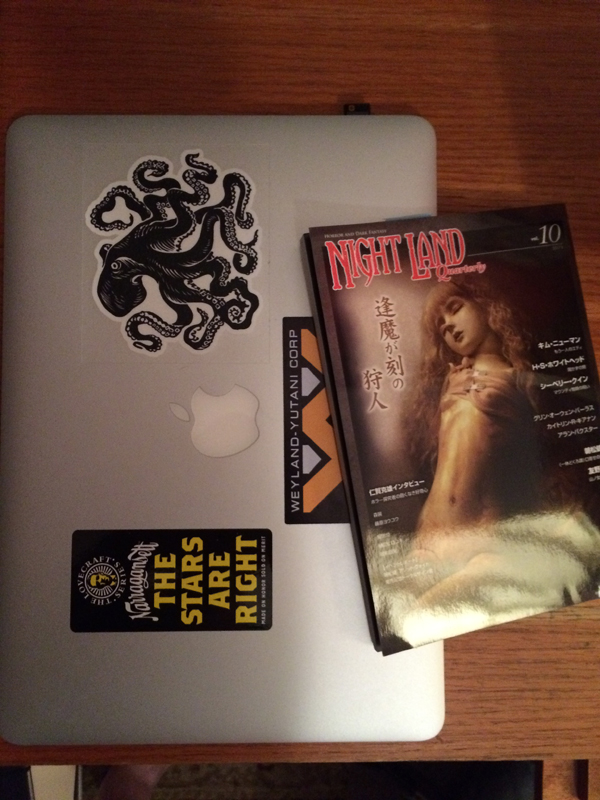