Yesterday, Spooky read "The Dinosaur Tourist," and to my relief, she liked it. Then I made more line edits, and the final word count comes to 7,517 words. I also talked with Daniel Gorringe about the art he's doing for the forthcoming ALL GHOUL issue of Sirenia Digest. Next on my plate, get SD No. 139 out to subscribers and write my script for the Mine! anthology (to benefit Planned Parenthood). And then, probably, I got back to work on The Tindalos Asset.

No, the tooth trauma is nowhere near over. I just got tired of talking about it.

I'd gone outside every day since August 14th, then yesterday I fucked up and didn't. One day shy of two weeks.

Yesterday, I read "Morphological and histological evidence for the oldest known softshell turtles from Japan" and "A morphological study of the first known piscivorous enantiornithine bird from the Early Cretaceous of China," both in the latest JVP. I played with the kitten. There was some especially good roleplay with 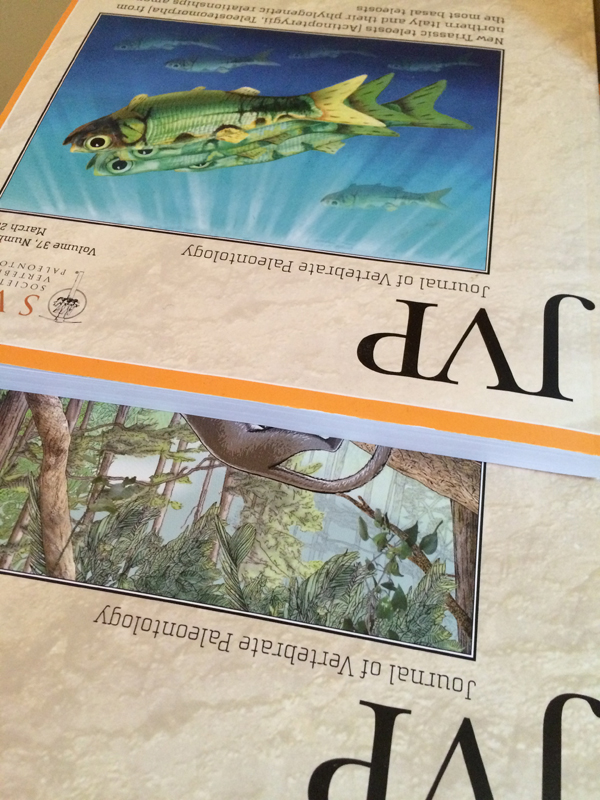