Cloudy. We had sun earlier. Earlier than that, we had torrential rain and a flood warning. Currently, it's 76˚F.

No writing yesterday, partly because I'm fighting with this story and partly because I just wasn't up to it. Today, I have to take apart a bed. Tomorrow, I'll write again. Also, tomorrow I finally get my fucking Vicodin. All the world will be a better place for that one thing alone.

Yesterday was pure wretched, wall to wall. I tried to spend part of it in 1946, but was only moderately successful.

Since my last trip to the dentist, on June 23rd, I've lost five pounds. That means I'm currently at 179. Hopefully, after Thursday's appointment, my mouth will be stable enough again that I can eat solid food and pack on some pounds before I have to deal with the actual extractions. The last time my weight dipped this low was the spring of 2008.

I leave you with daisy fleabane, one of my favorite flowers. 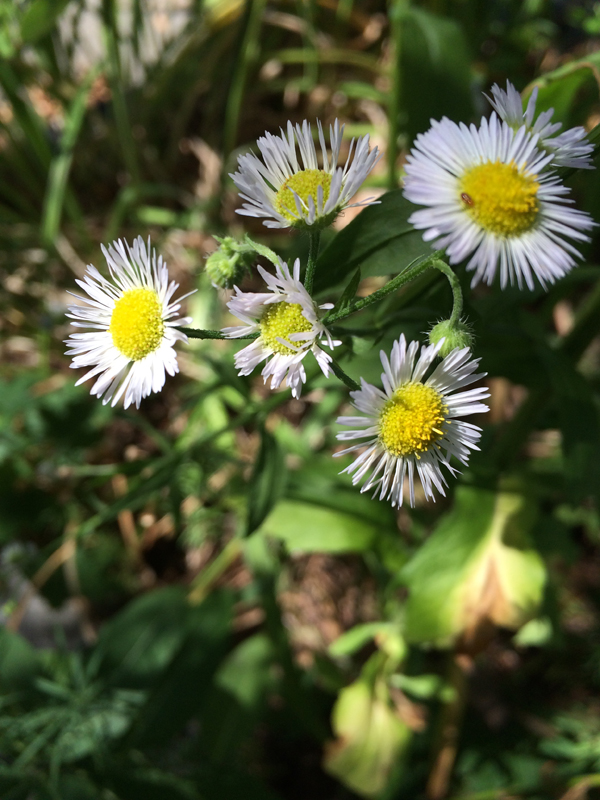