It's currently 68˚F here in Providence and getting cloudy fast. We're supposed to have something like a week of rainfall. Whee. The tourists love that shit. And so much for Pride Weekend in Providence. By my estimate, here in the 16th of June, we've had maybe six days of actual summer weather. But at least I have Spooky to regale with her morning crop of freakish news stories, from rabid raccoons to road paved entirely with rotting clams.

I have the contracts from Centipede Press for the twentieth anniversary edition of Silk.

I forgot, yesterday, to mention the meeting on Wednesday afternoon with my agent, and with the digital rights guy at Writers House. Well, it was a meeting in the teleconference sense. If that counts. It was decided that I'll be releasing both Black Helicopters and The Dry Salvages exclusively through Amazon, for Kindle, and also as Amazon print-on-demand paperbacks. I swore I would never let myself get directly involved with Kindle and never involved in any way at all with PoD. But there you go. We grow old. The world slips away. Standards that once seemed important dissolve in the tide of desperation and principles are dashed. The ebooks will be priced at $4.99 each, so that I can receive 70% of the proceeds. It I manage to sell a hundred of each I'll clear just under $700, which would buy me 37.42 pepperoni pizzas*. And that is the worth of my ethics here in the early Twenty-First Century. Not even forty pizzas.

I have this from Facebook, something I wrote last night, then almost erased because I became afraid it smacks of self pity. But, in point of fact, it is utterly pitiless, so I let it stand:

These days I tend to wish I'd never been possessed of any greater ambition than to become a factory worker or auto mechanic or something of that sort. Nine years of college, a few years in paleontology, and twenty-five years writing and publishing, and what do I have to show for it? Debt I will never be clear of, ill health and shattered nerves, a few awards, a case full of books that have allowed me only to live from check to check and often barely that. Prospects dwindle, dragging motivation and energy along behind. It's very fine to have won the respect of men and women whom I respect so very much, and fine to have my efforts acknowledged, but in the end it all comes down to money, forever and always, and only the worst sort of naivete would have anyone believe otherwise.

Last night I did not dream about the end of the world. At least, I don't think I did. Small mercies. Little victories where we can get them, right? 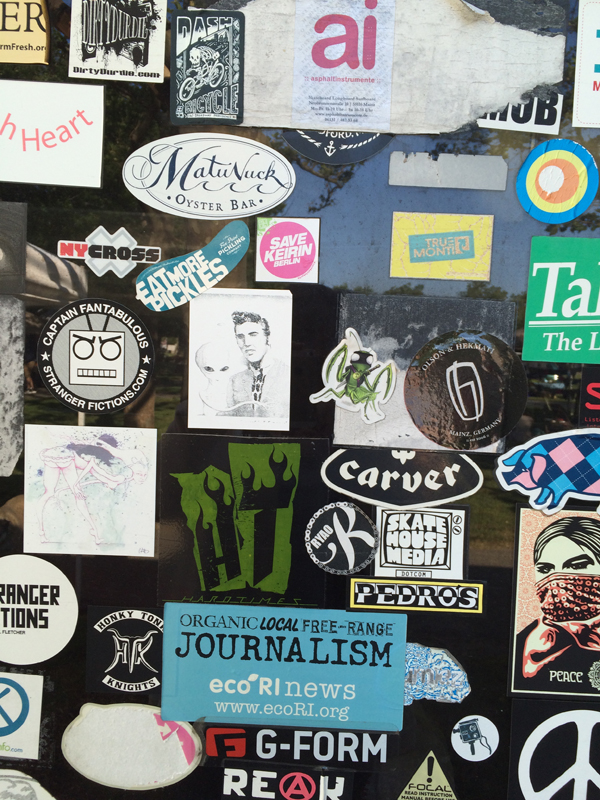 * Based on a whole pie with pepperoni at Fellini's here in Providence.
Collapse