Yesterday, I began work on the introduction for The Haunting of Hill House. I think I wrote one long paragraph. Mostly, I got caught up in reading the novel again and reading about North Bennington. I'm going to try and make better progress on the piece today.

My mood was up yesterday, almost inexplicably so. So it may have been a swing. I don't get those as often these days, thanks to the meds. Anyway, it abruptly came crashing down hard about midnight last night. Also pointing to it having been purely neurochemical. I lay awake until after five a.m., after the sky got light, too fretful and angry to sleep.

Oh, and I dusted and washed dinosaurs yesterday.

We finished Westworld last night. In the end, it was something that had to be endured. We suffered through the last two episodes. Having come that far, it seemed only right to see it through. What a convoluted mess, and there's the bad writing and bland acting and the pedestrian cinematography. It felt like nothing so much as a late 1970s mini-series, with the addition of profanity and a lot of somewhat gratuitous nudity. I think a lot of people were dazzled by all those bastardized, dumbed-down references to Julian Jaynes' The Origin of Consciousness in the Breakdown of the Bicameral Mind. Though, I should also admit I have no fondness for Jaynes' psuedoscientific claptrap. I had to read him as an undergraduate, in a Philosophy of Mind seminar, back about 1985. Anyway, yeah, Westworld was a dull mess, and it wasn't even pretty to look at. 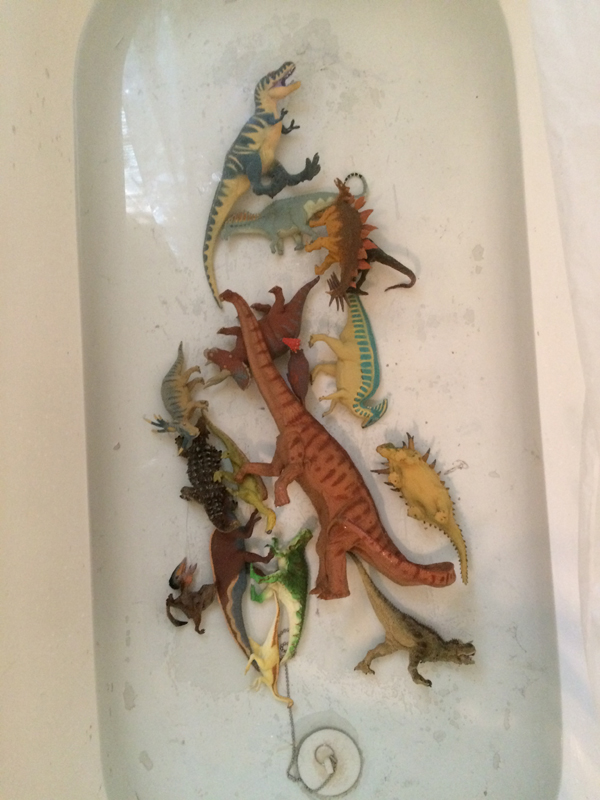