Sunny today, the sky a wide and carnivorous blue, but the temperature is only 70˚F and there should be rain later this afternoon. We may have rain through Wednesday, so...whee.

Yesterday, I proofed "Untitled Psychiatrist No. 3," did some minor rewrites, and then put together Sirenia Digest 136, which went out to subscribers last night.

Fate is a weird bitch. That's a truism, of course, but sometimes fate starts thinking how maybe I've forgotten just exactly how weird a bitch she is, and she rises up and smacks me in the chops. For example, a few weeks ago I happened across a photograph on eBay. It's the photograph I've posted below. It was taken at the vertebrate paleontology lab of the now-defunct (and, indeed, demolished) Red Mountain Museum in Birmingham, Alabama, on July 26th, 1985, and the photographer was Birmingham News staff photographer Jerry Ayres. The photo shows the fossil skull of a giant ground sloth, Megalonyx jeffersonii (Desmarest 1822). In the shot, as it's oriented here, the mandible is the V-shaped bone towards the top of the photo and the rest of the skull lies below it, upside down, still encased in a plaster field jacket and a great deal of the red clay matrix it was found in.

There are three hands visible in the photo. The two entering from above are those of James P. Lamb, and the one hand entering the picture from the right side is mine. At the time, James and I were both employed as paleontologists by the Red Mountain Museum. In the spring and early summer of 1985, an expedition made up of scientists from the RMM and the Alabama Museum of Natural History in Tuscaloosa conducted a series of excavations in a cave located approximately three miles from Tuscumbia, Colbert County, Alabama, and among the many Ice Age bones recovered were the remains of several specimens of Megalonyx, including the skull in the photo. I did the initial preparation on the specimen, getting it out of the plaster jacket and removing most of the matrix, and then James finished the prep work. I was only able to find a single photo online of the completely prepared skull, and it's not a great photo, but I've included it here. Bones from the same bed as the sloths were carbon dated at around 11,000 years old, dating to the Wisconsin glaciation during the late Pleistocene Epoch. Which actually makes them rather young fossils.

But yes, I still recall the day the photo was taken by Jerry Ayres, for a story on the Tuscumbia excavations. And thirty-two years later I stumble across it on eBay, being sold by a Memphis, Tennessee company called Historic Images. I had to buy it, even at $16.88. It was just too weird a twist of fate to let pass. 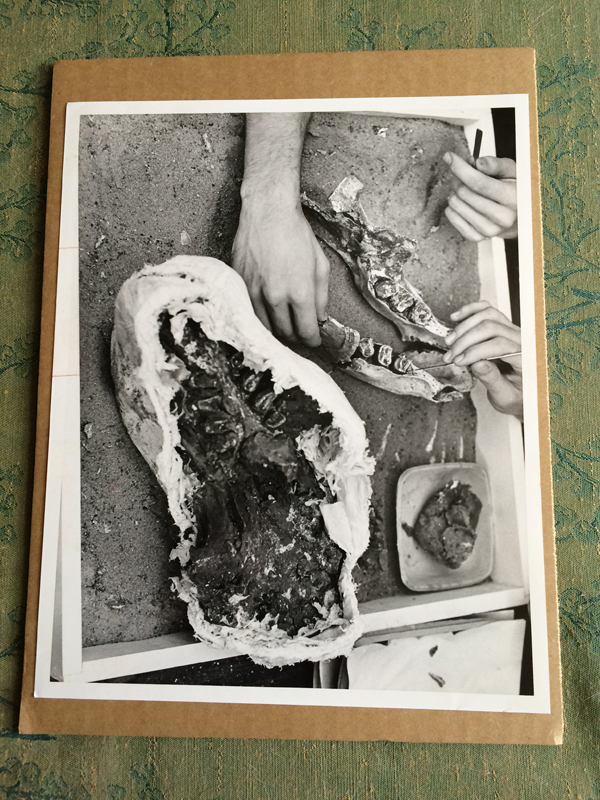 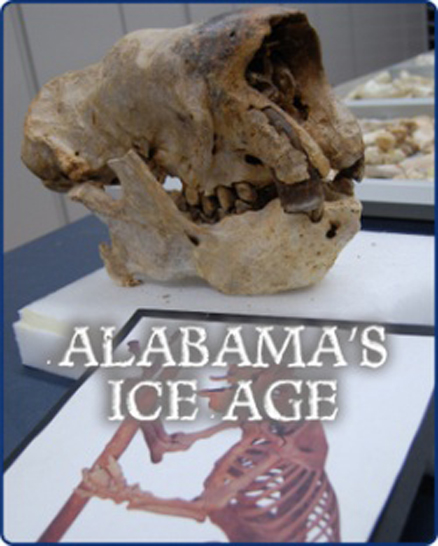 Postscript: These sloths were very briefly described in Shaver, W., B. Schubert, and S. Wallace. 2006. "The cave of sloths: a description of the Megalonyx jeffersonii remains from ACb–3 Cave, Colbert County, Alabama." Journal of Vertebrate Paleontology 26(3, Supplement):124.
Collapse