A bright warm morning, the high currently 73˚F, looking at a high of 85˚F. There are going to be many hard things about heading back to Providence on Thursday, but the worst of it might be leaving early summer to head back into early spring. It's a weird sort of seasonal time travel. Highs for Providence next week are forecast to be in the low sixties, a good twenty degrees lower than we've had here in Leeds.

Yesterday, I sat in the Southern History Department of the central branch of the Birmingham Public Library, beneath Ezra Winter's Shahrazad and, between about 11:30 a.m. and 1 p.m. (Central), finished "In the Flat Field," the story I began way the hell back on (I think) April 7th. Yesterday, I did 1,255 words, and, before line edits, the story comes to exactly 7,700 words. This will be the story for Sirenia Digest No. 135, a ghost story that experiments with a slightly different voice (for me). I may not get the digest out until we are back home, and I apologize for the delay. But this has not been the trip I thought it would be, and I have had less time for work than I'd expected.

While I was working, Spooky visited the Birmingham Museum of Art.

After the library, after writing, yesterday Kathryn and I drove out to Elmwood Cemetery. I'd made a promise to myself that while I was here I would visit the grave of Liz Downey, a friend who died in April 2012 (see this post).* She was a year younger than me, only 49 when she died. The cemetery staff was very helpful, and it wasn't hard to locate her marker. I was deeply saddened to see that her son, Sam Downey, died only a year after she did. Sam was only 32 years old. So, a solemn matter that has been attended to, and I have unanswered questions that will likely always remain unanswered.

We drove over to English Village and Mountain Brook Village, had coffee, then swung back by Forest Park before returning to Leeds, because Spooky wanted to stop at the Forest Park Piggly Wiggly. We're laying in a few supplies, things we can't get in Providence, things that are hard to get: Crystal hot sauce, Texas Pete pepper sauce, pickled okra, chow chow. I think we made it back to my Mom's about 4 p.m.

We head back tomorrow morning, and there's a lot to be done today. 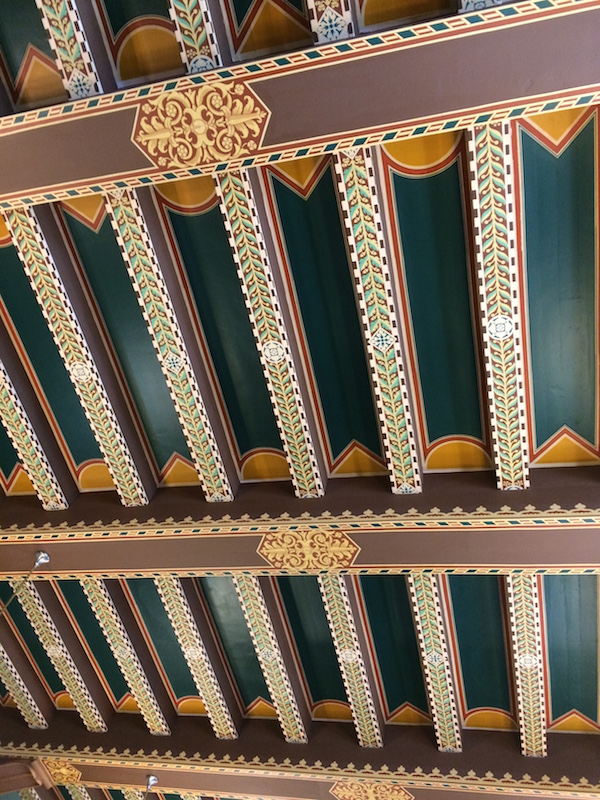 * Liz is buried under the name Elizabeth Burroughs.
Collapse