Yesterday turned out to be, probably, the best day of the trip so far. We drove into Birmingham late in the morning. First, we visited the public library, and I sat a while under the murals. If there is a geographical point that is my calm center, it's the Southern History department of the Linn-Henley Research Library, below the Ezra Winter murals. After the library, we walked across Linn Park to the Birmingham Art Museum, and we spent a little time in the Charles W. Ireland sculpture garden. Kathryn was especially taken with Frank Fleming's rat. After the museum, we drove over to Southside, to see two apartments where I lived, between 1984 and 1986, while I was in college at UAB. The first, on the corner of Richard Arington, Jr. Blvd. So. and 13th Avenue So. This is the building that I used recently in "Tupelo (1998)" for the the place where Dancy Flammarion was living. It's in a building that is currently boarded up and, presumably, condemned. The second is a house down on 14th St. So., just north of Phelan Park. We made it back to Leeds about 2:30 p.m., I think, and the rest of the day was pleasantly unremarkable.

Today, I'm going to finish "In the Flat Field." 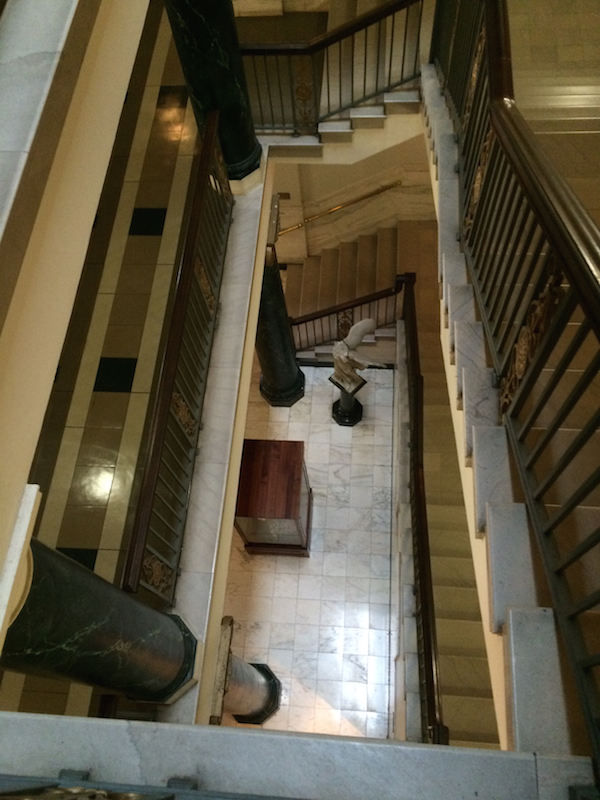