On this day in 2011, I posted an absolutely idiotic idea for a spoof of ParaRom, which went on to become the Quinn novels and come damn near to destroying my life. Three years after completing the last Quinn book, I still have not recovered from that fiasco.

Milder yesterday, with a high in the seventies. But the world is getting greenish. Which figures. There was an awful battering wind yesterday, gusting to 32 mph. Currently, it's 53˚F, with the high forecast at 55˚F.

No, we didn't leave this morning. By the time we were done with cat drama and car drama, we were both too exhausted to finish packing, and so we are leaving tomorrow morning. I'm losing time I cannot afford to lose. But what else is new?

Last night, we started watching American Playboy: The Hugh Hefner Story on Netflix, which is really very good. Now, I leave you with an artfully out-of-focus photograph of Hubero in the dreaded shot box. 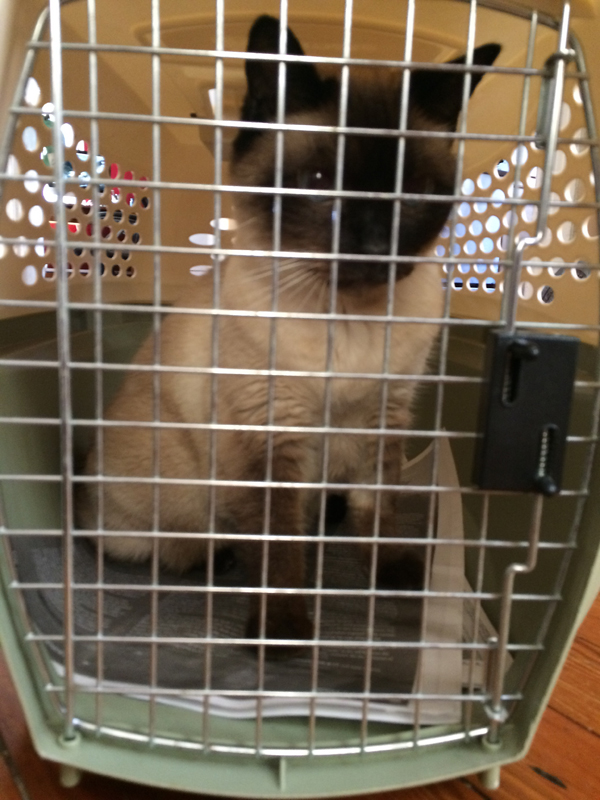