We made it to 80˚F yesterday. What an enormous relief, though ironic that the weather finally warms up when we're about to head to Birmingham. Currently, it's mostly sunny and 64˚F, and going up to the low seventies this afternoon. We had the windows open last night until after midnight.

Yesterday, I did only 777 words on "In the Flat Plain," because I needed to figure out something about the story. I still haven't figured it out, but today I have to push on ahead. I need to have this story finished by Friday evening.

As I said this morning on Facebook, never once have I read (or written) a book and worried about agency or tropes (and if you have no idea what I'm talking about, lucky you).

Yesterday afternoon, Spooky and I went on a walk about the neighborhood. The trees are mostly still barren as February, but there were a lot of birds out, and the willow over on Willow Street (where India lived in The Drowning Girl) is turning green. I took a photo, below. And yes, it is odd that so many of the photographs I post are, essentially, views of the sky, when the sky is such a source of discomfort for me. I suspect it's simply that the things that cause us discomfort are also the things that tend to inspire in us a sense of awe.

As it stands, we're supposed to leave for Alabama on Monday or Tuesday, and there's a lot to be done before then.

Last night, we watched Scott Derrickson's Doctor Strange and enjoyed it immensely. Getting Tilda Swinton, Mads Mikkelsen, Benedict Cumberbatch, and Chiwetel Ejiofor all in a single film is truly a cause for celebration. After the movie, we watched the last two episodes of Season Eight of That 70s Show, which means we've now seen the entire series twice. Watching That 70s Show may have become a winter ritual for us. 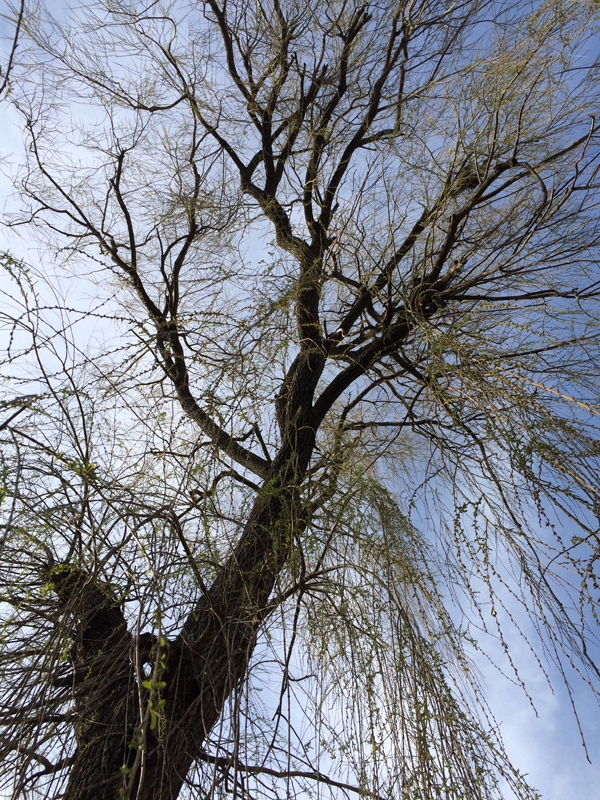