My copies of Dear Sweet Filthy World and The Aubergine Alphabet came last night. There's a bizarre mistake on pg. 293. Look and you'll see it. I have no idea how that happened. It wasn't in the PDF they sent me in January, but made it in sometime after. Other than that, it's a handsome book. Tran Nguyen's artwork is gorgeous.


Yesterday is a blur of waiting and regretting not being on the train to Birmingham. We made a trip over to the East Side, to Paper Nautilus Books. As I said earlier, they've lost their lease to a greedy shit stain of a landlord named Kenneth Dulgarian. We still had about $40 of credit we needed to use up before they close their doors at the end of April. I got a first-edition copy of Thor Heyerdahl's Kon-Tiki (1950). I took a few photos. There are very few things I would ever miss about Providence, if ever I am delivered from this place, but one of them would be – well, will be – Paper Nautilus Books.

Last night, we saw Osgood Perkins' The Blackcoat's Daughter (2015, aka February). It's a very effective film, and I love how he handles the narrative structure, but I much preferred his second film, I Am the Pretty Thing That Lives in the House (2016). 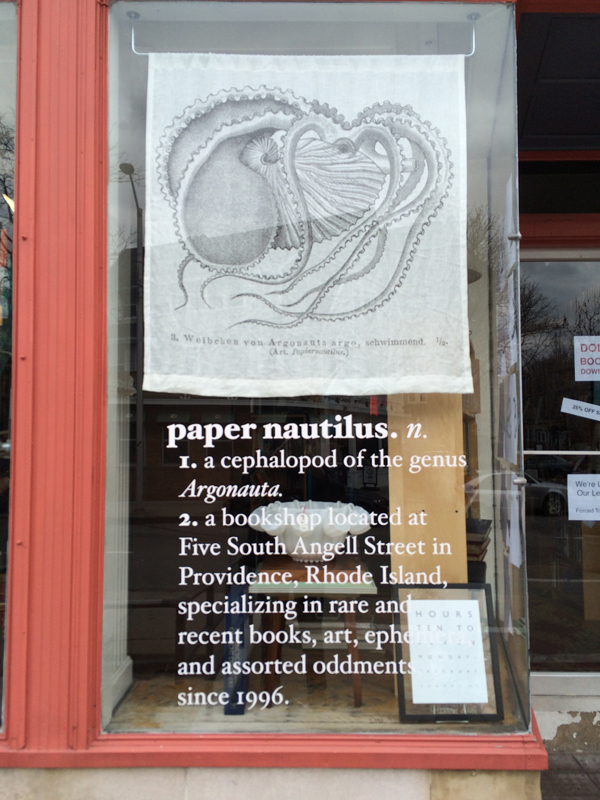