A few minutes after I got up this morning, I posted the following to Facebook: Welcome to spring in New England. Currently, it's 18˚F out there, with the windchill at -5. Mom, you may have a house guest very soon, South Trumpland or no South Trumpland. Since then, the temperature has risen to a balmy 29˚F, with the windchill at 20˚F, humidity at 21%. In Birmingham, it's currently 63˚F, currently, with the high forecast at 72˚F.

I have a really nice review of Dear Sweet Filthy World from Locus, written by Paul di Fillipo.* The review touches on each of the twenty-eight stories, but here's my pull quote:

The heterogeneous tales assembled in this collection display Kiernan’s large but tightly interlocked range of interests. Outsiders, art, the elements, transcendence, sex, love, failure, responsibility. She writes always with tactility, clarity, inventiveness and surprise, conjuring up weirdness out of the mundane, and lifting the veil of the exotic to reveal a common heritage of humanity. These stories stand out as passionate and real.

By the way, if you have not yet ordered the collection, which will be released on March 31st, there's a nice discount if you order from Amazon.** Please do, if you've not.

This morning, just before I awoke, I dreamt that I was being shown about a sort of sanitarium, a place on the beach, somewhere in Florida, where I would be spending the rest of my life. It was not unpleasant, this place, seeming to have fallen from the 1920s or 1930s, and not at all institutional. More like a great bungalow divided into many rooms, some facing north and some facing south, in a long two story building of wood and screen doors. From the south-facing rooms, you could see the sea, because the building was pretty much on the beach. I'd already been assigned a north-facing room, which looked out on a marina, but I requested a south-facing room, and the nurse (dressed in white) assured my that they'd try to change my assignment. The whole of the dream was suffused with a warm, golden light, like sunset or sunrise on a summer's day. I watched the sea rushing in across the sand. I might have been seeing Heaven. I could have stayed there, in that dream, forever.

I got a bit of bad news from Daniel Chabon, my editor at Dark Horse. After 226 issues, Dark Horse Presents is being cancelled. The April 2017 issue will be the last. I was scheduled to do a five-part Dancy story for DHP later this year, which now, of course, has no venue. But, really, I think this is for the best. The news actually came as a relief, though, of course, it is sad to hear about the fate of DHP.

I have a photo for today, and then I have two photos from Monday night's reading at Porter Square Books in Cambridge. The latter two I have placed behind a cut. Tonight is the final stop on the "Fungus Among Us" nano-tour, at Pandemonium Books and Games, also in Cambridge, Boston. 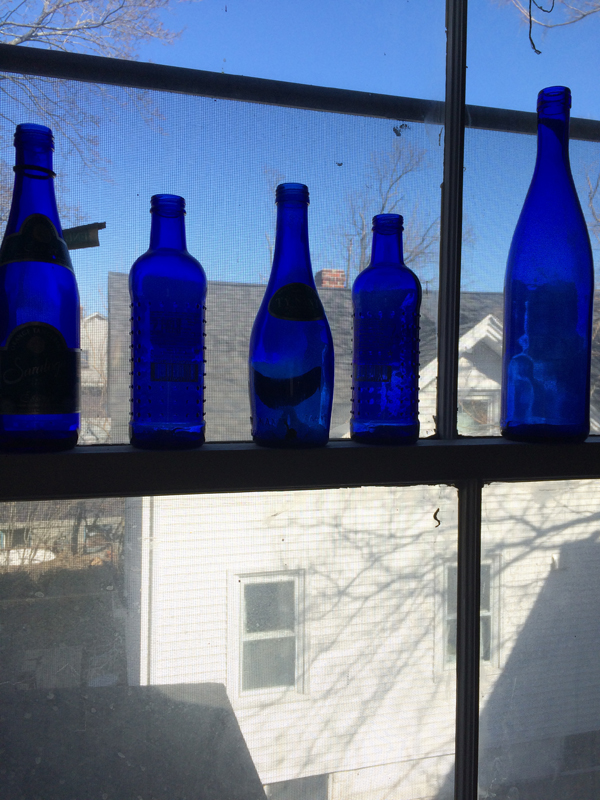 * I will note that the review claims that I have "produced three fine novels." In truth, I've produced fourteen novels, including the Kathleen Tierney fiascoes, the Beowulf novelization, and that one ghost-written media tie-in. You might also count Agents of Dreamland as a short novel (novella), but then you have to also count Black Helicopters and The Dry Salvages and maybe even In the Garden of Poisonous Flowers, which would bump the number up to seventeen novels. Regardless, more than three. But maybe Paul only meant to say that three are fine, while the others are less than fine, and I'm fine with that, as I'd say only Daughter of Hounds, The Red Tree, and The Drowning Girl are "fine" (unless you include Agents of Dreamland, Black Helicopters, and The Dry Salvages, which are all three quite fine, as well).

** Amazon is offering the trade edition, which does not come from with the bonus The Aubergine Alphabet hardback chapbook. that comes with the limited edition, and you have to order that directly from Subterranean Press.
Collapse