Cold and sunny here. Which is better than cold and cloudy, and it could be colder. It's currently 44˚F, with no windchill.

Last night's Agents of Dreamaland reading went very well. Geoffrey was there, and Sonya was there, and Michael Marano, whom I'd not talked with for many years. And Max Gladstone was a fine host for the evening. I read most of the second chapter and all of the short fifth chapter. It was a great crowd, and I thank everyone who turned out and Porter Square Books for hosting the event. Only one to go, Pandemonium Books and Games on Thursday, also in Boston. Spooky and I left immediately after the reading. We were both exhausted. I'd had nothing in the way of nourishment the entire day except coffee, two Reese's cups, nicotine, and Vicodin. We were back home by 10 p.m., and I think I was asleep by 12:30 a.m. Oh, and Spooky got me a Charley Harper coloring book.

This morning, I was greeted with a review of Agents of Dreamaland from N.K. Jemisin for the New York Times, and few things could please me more:

CaitlÍn R. Kiernan has long been hailed as one of the pre-eminent authors of weird fiction, and her new novella, AGENTS OF DREAMLAND (Tom Doherty, paper, $11.99), shows why. In this recursive, Lovecraft-inflected police procedural, two agents of the shadowy government group Y pursue the cult leader Drew Standish, whose activities seem to herald a Jonestown-like mass murder. But far more important than whether the killing can be stopped is whether it’s already too late, since the manhunt coincides with the appearance of a deadly extraterrestrial fungus. The clock is ticking, the Elder Beings have been invoked and possible futures have begun to solidify in ways that spell the end of humanity.

Despite the apocalyptic narrative, this is a character study, focusing on the two agents and layering exposition over their respective quirks. Immacolata Sexton is as intriguing as her name; she sees the future, might not be quite human and happily uses her prescience to intimidate rivals and colleagues. The Signalman initially seems more conventional, yet he struggles against PTSD and fear of infection caused by an encounter with the grotesque fungus. This ultimately makes him more engaging than the flamboyant Immacolata or even the ostensibly charismatic Standish.

Kiernan’s writing — starkly visual, tongue in cheek and disturbingly visceral — carries the day as the story churns toward its uneasy conclusion. And since the door is left open for future stories (and other futures) featuring Immacolata and the Signalman, let’s hope Kiernan will delve further into their adventures.

Earlier in the day, Spooky and I spent some time at Paper Nautilus Books here in Providence, because, as I have mentioned, they've inexplicably lost their lease after twenty-one years. This is something of a cataclysm among book lovers here. Anyway, everyone with credit is being asked to use it, and we still had about $200 remaining from 2013, when they took an enormous number of the books I jettisoned. Yesterday, I got:

1. A Field Guide to Reptiles and Amphibians of Eastern and Central North America by Roger Conant (1st ed., 5th printing, 1958)
2. Outer Dark by Cormac McCarthy
3. Close Range: Wyoming Stories by Annie Proulx
4. Mockingbird: A Portrait of Harper Lee by Charles J. Shields
5. The Crucible of Creation: The Burgess Shale and the Rise of Animals by Simon Conway Morris
6. Algernon Blackwood: An Extraordinary Life by Mike Ashley
7.Arthur Rackham by Fred Gettings
8. The Making of Star Wars by J.W. Rinzier
9. The Making of The Empire Strikes Back by J.W. Rinzier
10. The Art of Ray Harryhausen by Ray Harryhausen and Tony Dalton

And we still have about $40 in credit remaining. 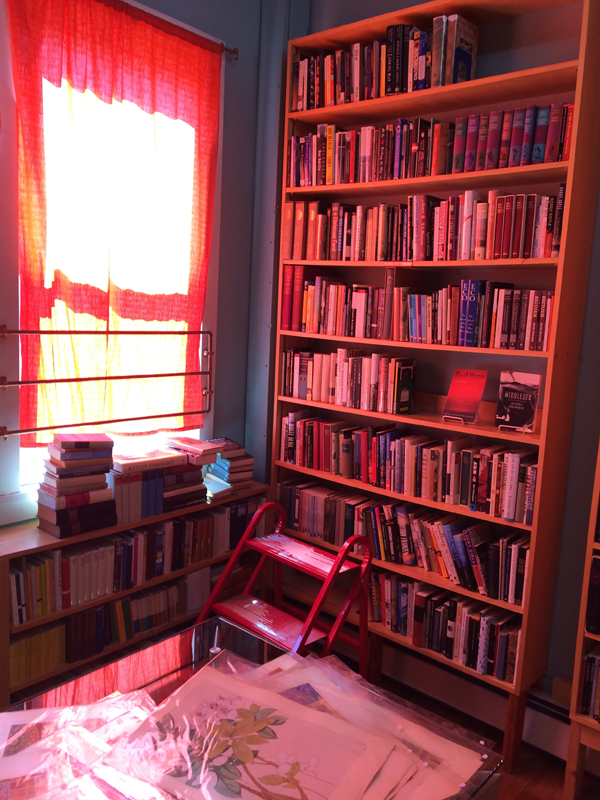