It's grey and cold here, but at least the snow has mostly been taken from the forecast. Small mercies. Currently, it's 38˚F, with the windchill at 27˚F. In Birmingham, it's will be 67˚F today; here, we have likely already reached our high. Next week in Birmingham, it's supposed to be 81˚F on Tuesday. Here, we're having a heatwave on Tuesday, possibly reaching 52˚F, before we plunge back into the deep freeze. In Birmingham, the world is getting green. Meanwhile, this is Providence: 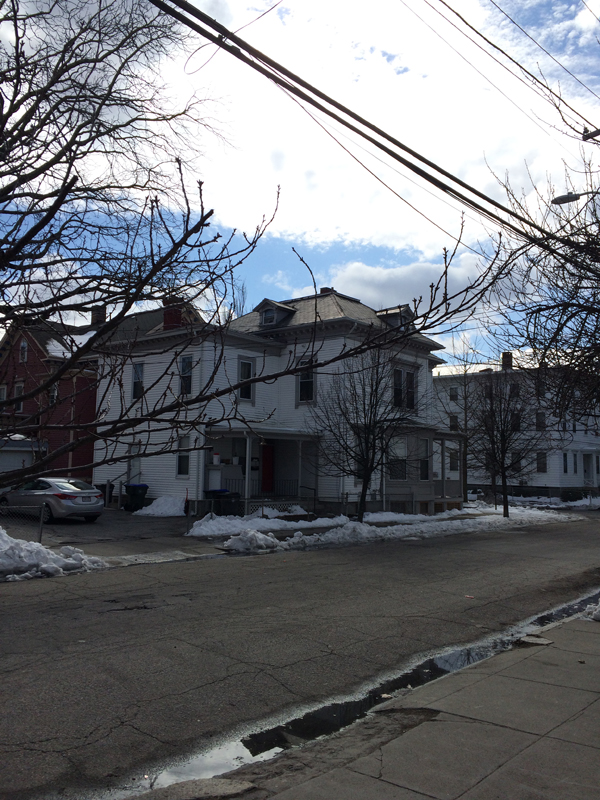 I wrote the beginning of a story yesterday, but today I'm tossing it out and starting over. I'll keep the title, "But I Will Do Thee Mischief in the Wood." I've wanted to use that title for ages, but Kathe Koja used a variant of it about 1994, and so I have waited almost a quarter century so as not to see like a copycat. I'm very angry about myself, as regards this month. So many wasted days, mostly because the weather and homesickness have me feeling so entirely beaten down. I'd intended to try and write Chapter Two of the novel this month, but then, well, I didn't, and now I'm scrambling to get the digest out before the end of the month. Two days next week will be lost to readings in Boston.

Yesterday, when I finally gave up trying to write, I did some handwashing. I began reading Edmund Gordon's The Invention of Angela Carter: A Biography (Oxford University Press, 2017), which came in the mail on Friday. The temperature reached 43˚F, and I went outside and braved the cold for a cigarette (photo, above). I watered the pot of shamrocks we bought for St. Patrick's Day. I pulled back the curtains in the bedroom and let some sunlight into a room that has been mostly dark since September. Spooky opened two or three windows to let in a little fresh air.

And Chuck Berry has died.

I can hardly tell one day from the next or the last.