Overcast and rainy today. Currently in Providence it's 49˚F, with the windchill at 47˚F.

Unexpectedly, I took an actual, genuine day off yesterday. I haven't done that in ages. I did nothing much more than work on a new Charlie Harper jigsaw puzzle. Last night, there was more RP with

Oh, and I sent a business-related email and, without thinking, automatically signed it "Aunt Beast." It was the email I sent to I-Con at SUNY, telling them I am unable to attend the convention this month, March 17-19th. So, strike those dates from the "book tour."

As we slip rapidly into a new cold war and a cold domestic civil war, I find myself largely giving up on civil/individual rights and switching to a mindset that is far more concerned about our survival as a nation and as a species. For me, Trump's ascendancy has triggered a personal crisis that requires a radical shift in my priorities. If we make it through this nightmare, someday maybe I can go back to being the person I was before November 9th. I am loathe to admit this, but it's true.

Once upon a time, before I was a writer, I was a political activist. And that's a long, long story. But at 52, I am a writer, and I'm not much else. I'm too ill and too tired, and there's just been too much crap. At almost 53, I don't have it in me any longer . And I feel terrible about that. I wish for the fire of my twenties. The coming battle has to be fought by stronger people than am I. I can tell my stories, and I can try to find relevance, but I cannot hope to be on the front lines of this thing. And I'm trying to deal with that. I hoped to grow old in the America that President Obama helped to build and that Hillary Clinton could have forwarded and helped to preserve. And now that America is rapidly receding from view. (It's not necessarily about being 53. It's about what I am at 53.)

Does the word "propriety" even have meaning anymore? I mean, it was essentially dead before Donald Trump was handed the keys to the White House. But at least the office of the President of the US had propriety. I'm pretty sure propriety became *effectively* extinct on November 9th, like when there are still a few members of species hanging on, but not enough for an effective breeding population. I mourn propriety. Civilization cannot exist in its absence. 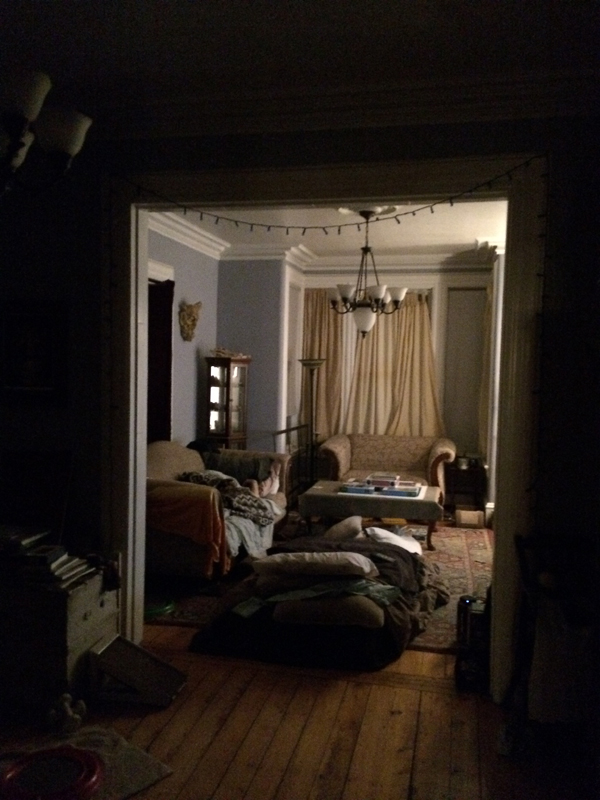