Yesterday – well, if you read yesterday's entry, you know all about yesterday. The signature pages, I mean, signing my name 622+ times in an hour and forty-five minutes for Houses Under the Sea: Mythos Tales. And there really isn't much more to say. I read a little of the news, and I've been trying not to do that. On Twitter, I wrote "There's a really good chance that this is what the beginning of the next (and likely final) world war looks like." At the time, I was talking about the combined effects of a rise in fascism in the US and in Europe and the EU contemplating developing its own nuclear arsenal (because of Trump), but you can toss in many other things, like North Korea being hell bent on all our deaths. Toss in Brexit and Putin, and it's a perfect prologue to war. The Doomsday Clock is presently at two and a half minutes to midnight, the nearest to midnight (nuclear war) that we've been since the early 80s, and the only time we've ever been closer was 1953, when the clock was set at two minutes until midnight, after the United States tested its first thermonuclear device, obliterating a Pacific Ocean islet in the process, and then, nine months later, the Soviets tested an H-bomb of their own. We needed a strong president to stand against the coming chaos. Instead, we got a lunatic child, a shit gibbon, a horror clown. And truthfully – and I say this as a transwoman – it's hard for me to be too concerned about where people pee when the world is poised on the brink of a war the likes of which we cannot even imagine.

I'm not supposed to be talking about this.

Yesterday, I read "A new primitive Neornithischian dinosaur from the Jurassic of Patagonia with gut contents," and we had spaghetti for dinner, and we finished the Monet jigsaw puzzle and watched more of That 70s Show, and I had some good RP with

stsisyphus. All in all, it was a decent day. Since the election, I don't have many of those.

On this day in 2011, I provisionally finished The Drowning Girl: A Memoir, which is interesting, given how March 6th is the anniversary of its publication.

Also, please have a look at Spooky's Etsy shop. She's getting it up and going again, and there's some new jewelry.

Today. I have to decide what's next, workwise. 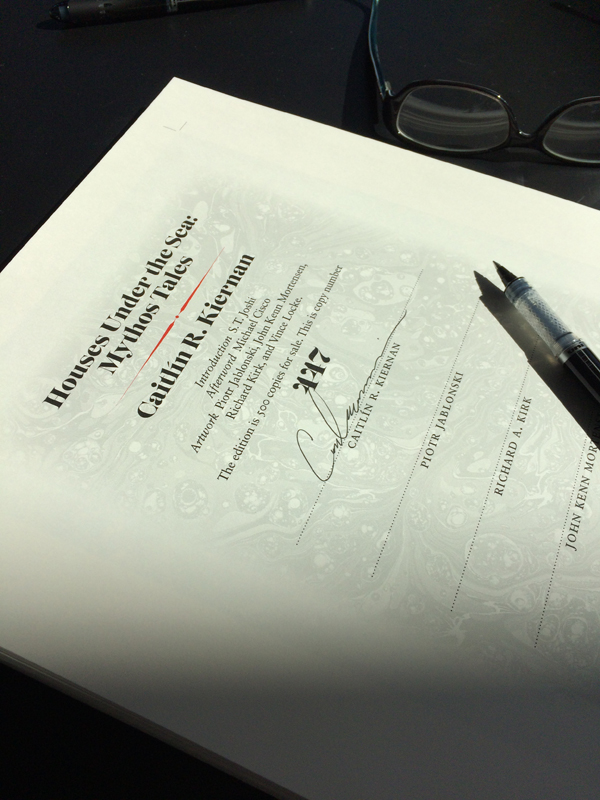