It's sunny today. Currently, the temperature is 39˚F, with the windchill at 35˚F. The snow is still melting. Compared to what I am accustomed to, the sun at this latitude is so indirect that it often seems to have to heat at all, even at the height of summer. It takes a while to melt snow.

Yesterday, Kathryn and I read the first chapter of Interstate Love Song*, and it holds together well. So, that's good news, at least. I wish I could go right back to work on it today, but I have to set the book aside and write something for Sirenia Digest #133. Maybe I can get back to work on it in March, but March is going to be a strange and disrupted month, because of my pallid excuse for a book tour.

Speaking of which, if you have not yet ordered a copy of Agents of Dreamland, please do so. If books don't sell, publishers don't buy new books, and I'm really hoping to sell another one to Tor.com.

Also, I signed signature sheets yesterday for The Best of Subterranean Press collection, but I made it through less than half the stack. I did not used to mind signing signature sheets. These days, I can hardly bring myself to do it.

Also, we have a couple of eBay auctions going.

A couple of statements I made yesterday on Facebook.

I never thought the day would come when I'd consider John McCain an ally. But war does that to us, forging strange alliances.

People keep waiting on perfect allies, they're still gonna be waiting in their graves.

Now, I need to think up a story.

* In the photo below, the header carries the title American Novel, as I briefly entertained using that instead of Interstate Love Song, mostly to thwart people who want to market me as "horror." But I think Interstate Love Song works just as well to the same end. 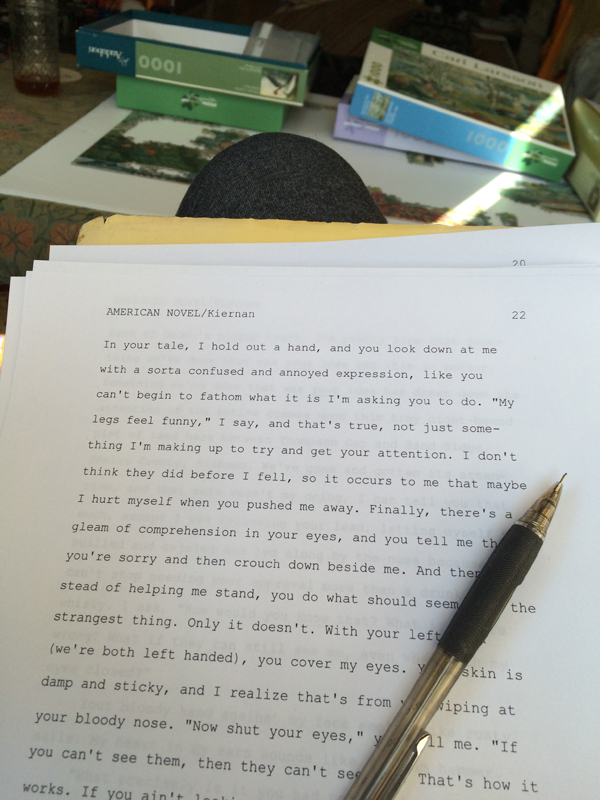