Another few inches of snow last night. The temperature is supposed to rise to 42˚F today, so there will be a little melting, but it's going to freeze again tonight. And we have a winter storm watch in effect for Sunday and Monday, more snow. Whee. Winter finally arrived. Currently, the sky is overcast and it's 26˚F, with the windchill at 8˚F.

Yesterday, I got my shit together and wrote another 1,280 words on The Secret Project. As I said, when I reach 10,000 words, I'll tell you what this is.

About 4:30 p.m., maybe a little earlier, we braved the cold and had a miserable little expedition down the street, maybe half a miserable block. The sun was out, but it was 27˚F, with a 15˚F windchill. I have a few photographs, plus Hubero in the sun from later in the day and a shot from the front parlor after the snow had started up again last night (more words after all the pretty pictures): 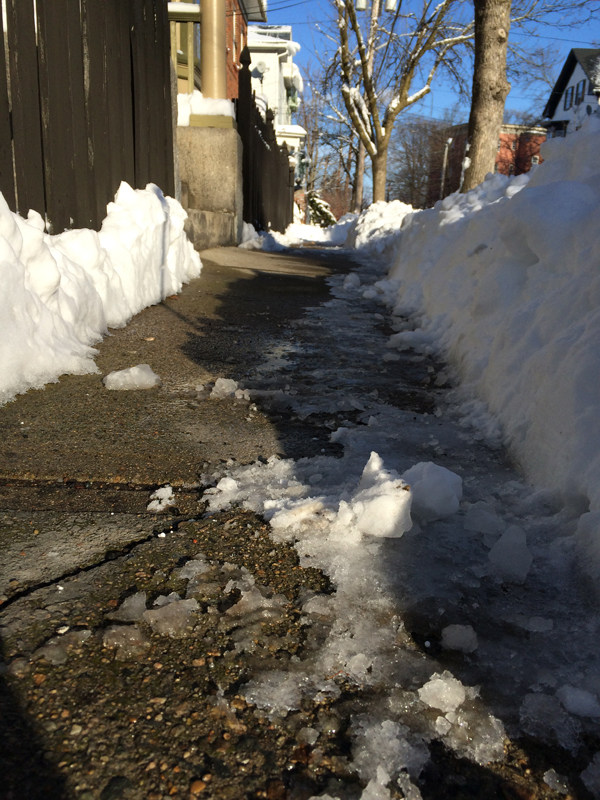 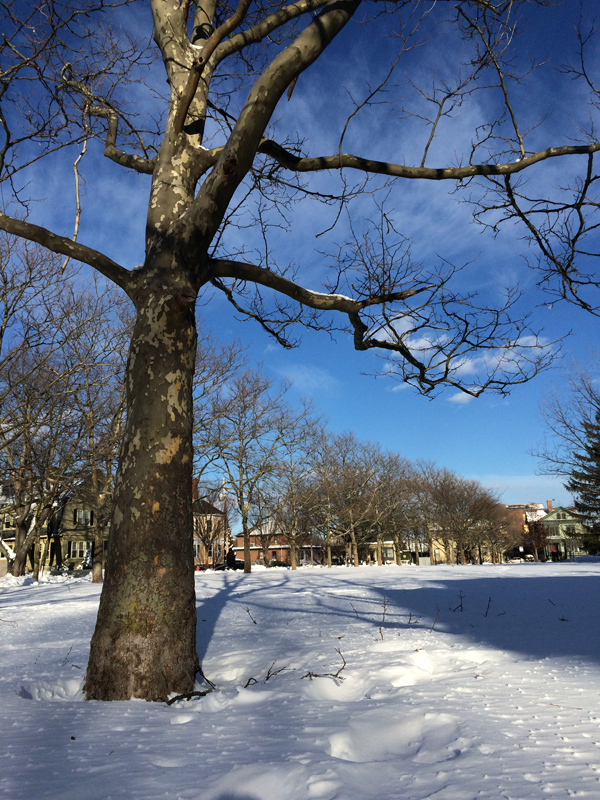 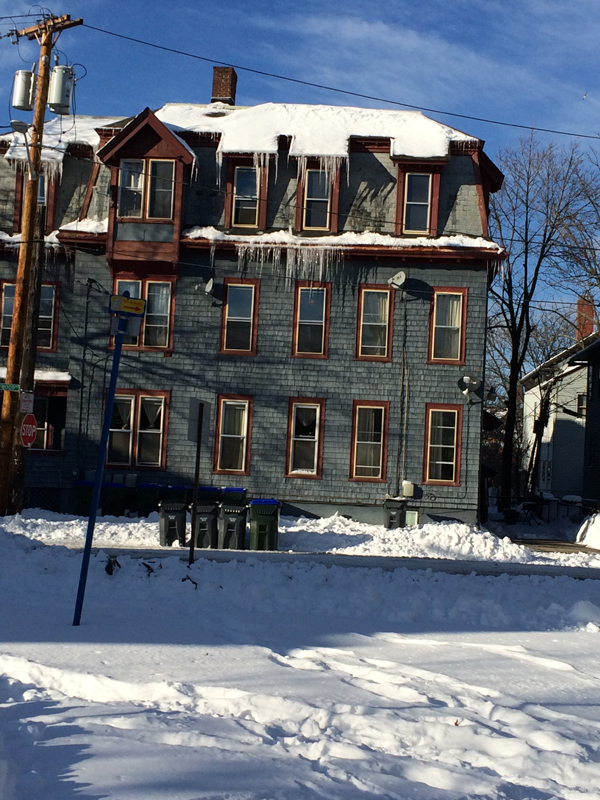 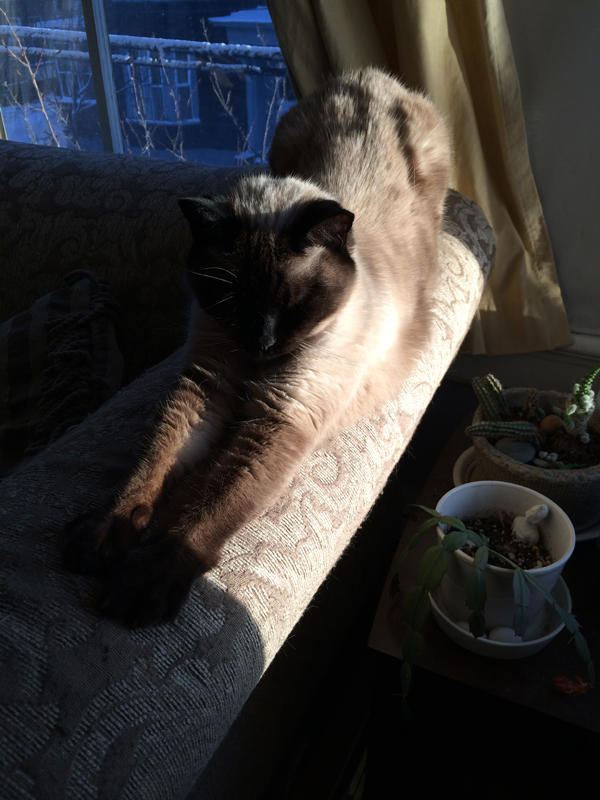 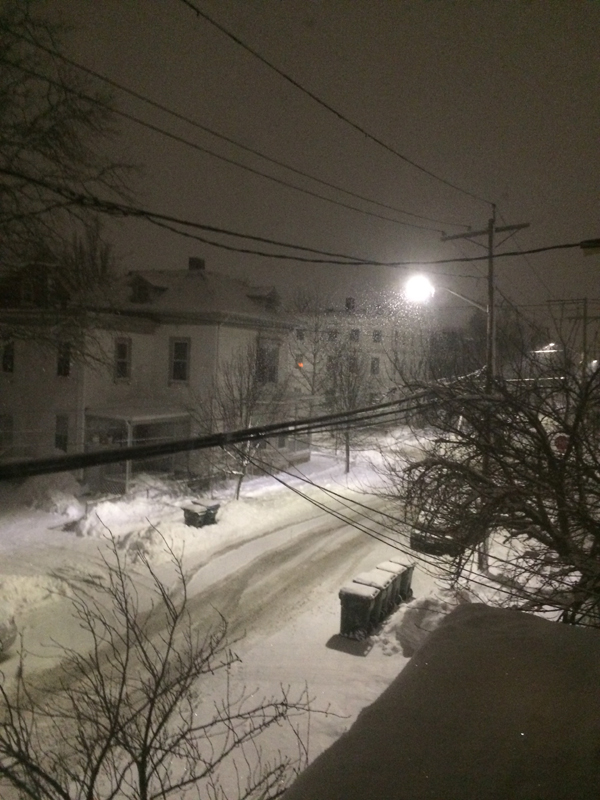 All photographs Copyright © 2017 by Kathryn A. Pollnac and Caitlín R. Kiernan

We had left over crock pot five-legged baked chicken for dinner, with rice and Brussels sprouts, and then we played GW2, then watched the new episode of The Expanse. I really, truly am in love with this show. Miller and Amos are tied as my favorite characters, with Alex Kamal a close second. All three sexy, in different ways. And then I did some RP with

stsisyphus, and then we watched two episodes from Season Three of That 70s Show. That was yesterday. Don't spend it all in one place.