Cold and sunny today; the temperature is currently 27˚F, with the windchill at 16˚F.

The cough seems to have left me, but I'm going easy on my voice for now.

Yesterday, I did manage to leave the house. I made it as far as Benefit Street and the Athenaeum, but the Athenaeum is an oddly noisy library, which, coupled with a lot of bad shit in my head, made it almost impossible for me to concentrate. I struggled through fifteen pages of "Tupelo (1998)" in an hour. Spooky had run some errands, and when she got back to the library, I called it quits. We stopped by Eastside Market to get stuff for spaghetti, then headed back home. I was outside about three hours. It was bitterly cold and the city landscape was stark. Every line my eye landed on was drawn painfully sharp beneath the low blue sky. I think that it may be a while before I go out there again.

Today, I'm going to make another attempt at proofreading and correcting the story, and then I'll see if I have enough energy left over to get the digest (#132) pulled together and sent away to be PDF'd. Which means I hope that people will have it tomorrow. It's late, and I apologize.

I may be shaving a couple of dates off the tour schedule I posted yesterday, which, I admit, would pretty much eliminate any right I might have to call it a tour. Not that there was much interest shown in it yesterday. The fact that I'm paying for this out of my own pocket makes enthusiasm for the endeavor difficult to maintain. I'm estimating that the New York dates alone will cost me ~$553, and I was only paid $2,500 for the novella. It's not cost effective, neither in money nor time, and I've long since passed the point when I do things "for exposure." I'll keep you posted.

I have to work. All that matters is the work.

Oh, and there's a photo from yesterday, on the Athenaeum steps... 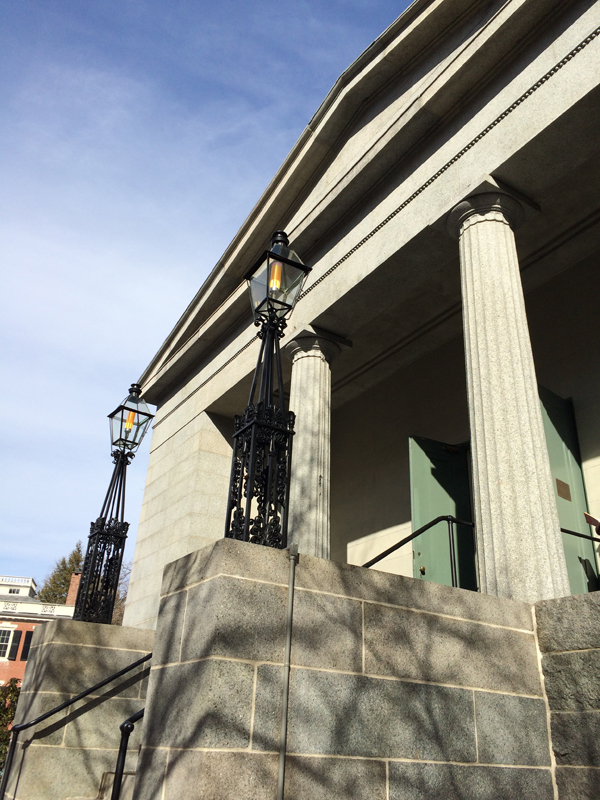