Cold and sunny today, after yesterday became an overcast afternoon. Currently, it's 40˚F, with the windchill at 34˚F.

Yesterday, I wrote 1,030 words on "Tupelo," which will actually appear in print as "Tupelo (1998)." I will very likely finish it on Tuesday. Then I may take Wednesday off, as I have not left the house since January 20th. That would mean that Sirenia Digest #132 would probably be released on Thursday or Friday, February 2nd or 3rd.

Last night, we watched Peter Berg's surprisingly effective Deepwater Horizon (2016). John Malkovich very nearly stole the show from the special effects. And then we watched a few episodes of That 70s Show, which we're working our way through again. We watched the whole series last December and January. We've reached the early episodes of Season Three. I think I was asleep by 2:30 a.m. Oh, and I read "The fishes of the Farson Cutoff Fishbed, Bridger Formation (Eocene), greater Green River Basin, Wyoming, U.S.A." in the December 2016 Journal of Vertebrate Paleontology. I don't often read the fish papers (and contend that fish are not really vertebrates), but when I was out west for college in the eighties, I collected at the Farson Cuttoff Fishbed.

Great relief over the federal court of the Eastern District of New York stepping up and issuing an emergency stay to block the Horror Clown's immigration order. The body is infected, but it's fighting back.

I call this grainy photo "The View from Where I Sleep": 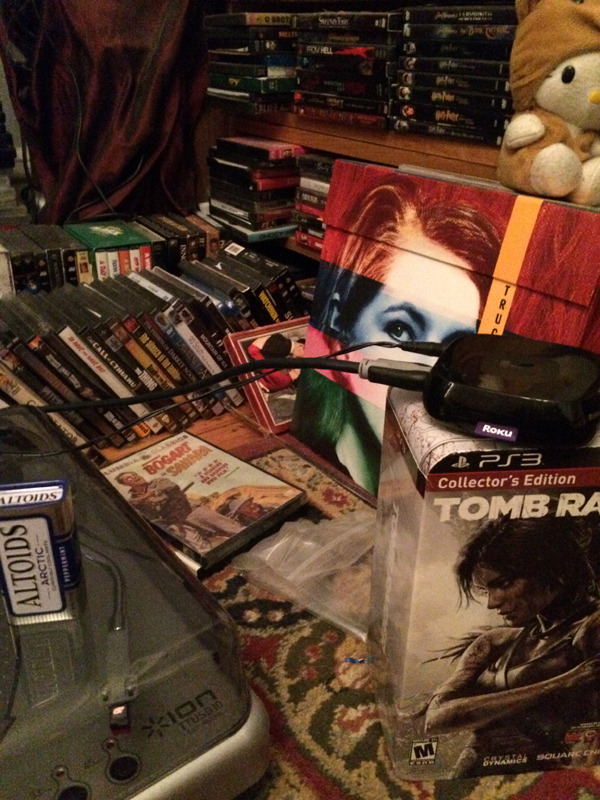