We have some sun at the moment, but that's not going to last. There's a small chance of snow showers tonight, but it won't stick. Currently, it's 42˚F, with the windchill at 33˚F.

My insomnia's been held at bay the last month or so. The last month or so, I've slept better than I've slept in maybe a year, thanks to moving out of the bedroom and sleeping on an air mattress in the front parlor. Something in the bedroom was keeping me awake. I blame the wolves beneath the bed. But last night the insomnia came roaring back, and I didn't get to sleep until sometime around six a.m., and I think I slept about four hours. I'm blaming the Lamictal, as the dosage went up day before yesterday from 100 to 150 mg. and it can cause insomnia.

I worked on the John Singer Sargent's puzzle. Spooky took the car for its safety inspection, and the muffler had to be replaced, and there was something off about the front axle, and they replaced the windshield wipers and added some oil. We had leftover meatloaf for dinner. I played GW2, outfitting Nellis Rose Snow for the big time, and he did Silverwaste for the first time last night. "Baby's first Silverwaste," as Spooky said. The evening's soundtrack was mostly Concrete Blonde, the Clash, Blondie, and Big Audio Dynamite. Listing the events of my day, I am reminded of an E.B. White quote, “I am not really a literary fellow at all. Except that I write for a living.”

The cough is still with me. The good news is, I haven't had a cigarette since December.

I've not left the house since last Friday.

A note I made in my Moleskinne a few days ago: I like to think that back in 1991 or 1992, a twenty-something me has seen the future, has specifically seen seasons Three through Eight of RuPaul's Drag Race, and she's like, "Fuck yeah. Eat it, pageant queens." 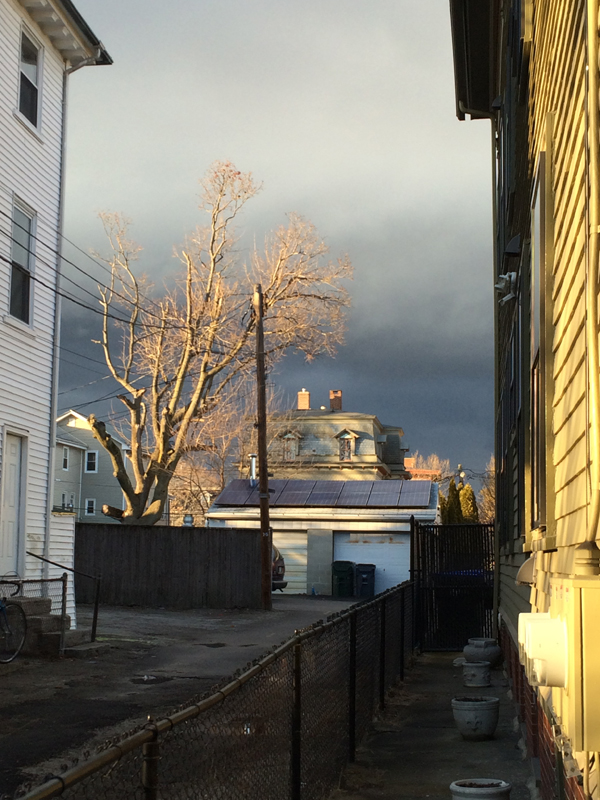