Cold and overcast today, but nowhere as cold as it should be. And I say that as someone who fiercely hates winter. Currently, it's 40˚F, with the windchill at 36˚F.

Another excellent writing day on "Tupelo" yesterday, and I did 1,541 words, bringing the story past to 10k-word mark. According to the Science Fiction and Fantasy Writers of America, "Tupelo" is a novelette. Were it to pass 17,500 words, it would be a novella (this is not likely to happen). I believe there are probably three writings days left on the story and that it will likely come in around 14k words, making it the longest Dancy story, but still not, at least by SFFWA standards, a full-on novella.

After the writing, I worked on the John Singer Sargent jigsaw puzzle we've been doing, Lady Agnew of Lochnaw (1892). Spooky made her yummy meatloaf for dinner. I leveled Nellis Rose Snow to Level 80 in GW2, which is as high as it goes. I created him of the 26th of December, so that's eighty levels in less than a month. Spooky got her Norn guardian, Alfhild Hrafen to eighty. Alfhild and Nellis have the same birthday. Later, I had RP with

And that was yesterday. And I have a photo today.

Last night, I posted this to Facebook: NASA, the NPS, and the EPA have now all established "rogue" Twitter accounts. I'm hearing rumors that NOAA may. This is what happens when you try to stop the signal, Mr. Trump. 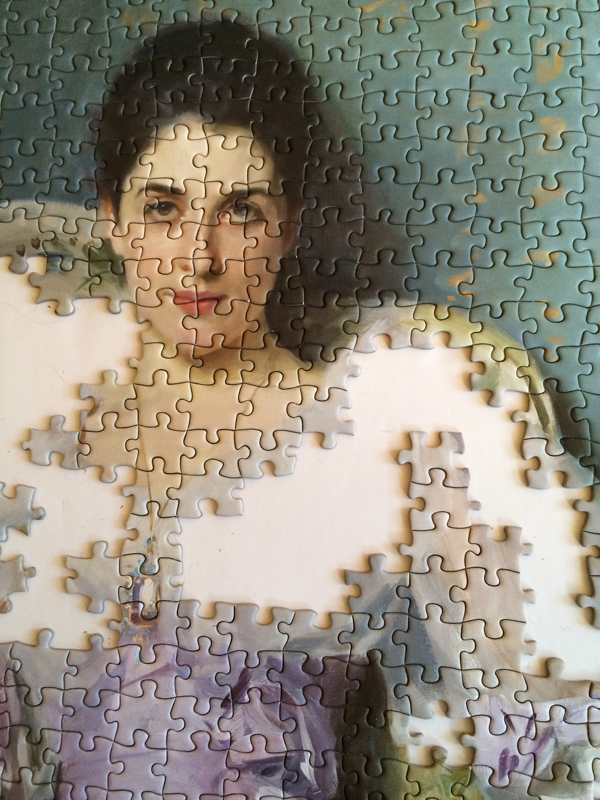 There's this passage from Karl Popper's The Open Society and It's Enemies (1945) that I've been wanting to post for weeks, and here it is (and don't pull that "tl;dr" shit just because this is longer than 140 characters):

Unlimited tolerance must lead to the disappearance of tolerance. If we extend unlimited tolerance even to those who are intolerant, if we are not prepared to defend a tolerant society against the onslaught of the intolerant, then the tolerant will be destroyed, and tolerance with them. In this formulation, I do not imply, for instance, that we should always suppress the utterance of intolerant philosophies; as long as we can counter them by rational argument and keep them in check by public opinion, suppression would certainly be most unwise. But we should claim the right to suppress them if necessary even by force; for it may easily turn out that they are not prepared to meet us on the level of rational argument, but begin by denouncing all argument; they may forbid their followers to listen to rational argument, because it is deceptive, and teach them to answer arguments by the use of their fists or pistols. We should therefore claim, in the name of tolerance, the right not to tolerate the intolerant. We should claim that any movement preaching intolerance places itself outside the law, and we should consider incitement to intolerance and persecution as criminal, in the same way as we should consider incitement to murder, or to kidnapping, or to the revival of the slave trade, as criminal.

This is has to be our response to the so-called "alt-right" fascists, Neo-Nazis by any other name. You don't get to simultaneously call for the destruction of an open society and beg for it to protect your toxic speech.