We had sunlight for maybe five minutes this morning. And now it's likely gone until sometime on Wednesday. That's gonna be hard. Currently, it's 44˚F, with the windchill at 39˚F.

My fast lasted from about midnight on Thursday until about half an hour ago. I ate a couple of slices of raisin bread with a little cream cheese. I feel like shit. But it was a rehearsal for a serious fast, ten to fifteen days. This is the way that I will protest.

I can't march, and I can't pretend that what I write has anything to do with what's happened.

Yesterday, we saw Rogue One again. We almost didn't make it past the crowds of teenagers converging on the capitol building. There was a high-school walkout here and a rally at the capital. The police were scurrying to block off roads.

In the mall, we saw a few seconds of the Horror Clown's inauguration speech on an enormous television screen. We'd hope to avoid it completely. 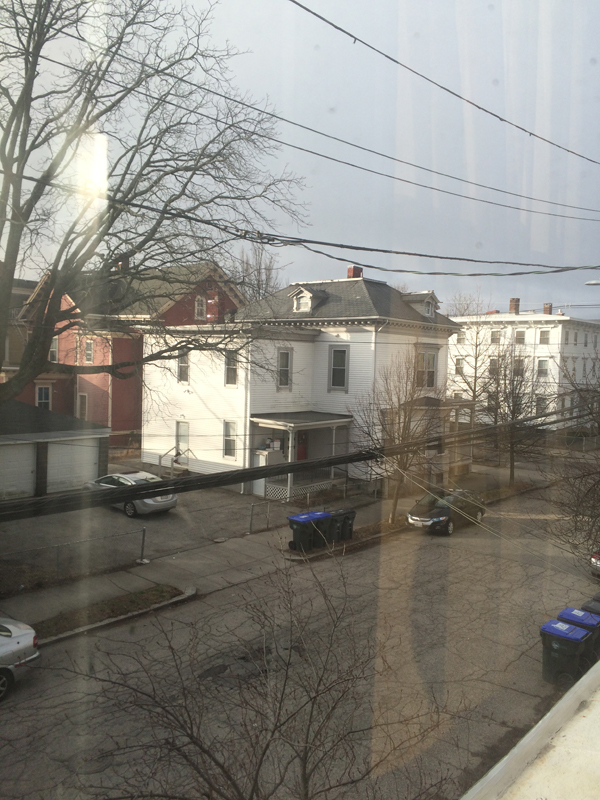