The sun's out, and it will be much warmer today. So, the snow will begin to melt. Currently, it's 19˚F, no windchill. That's a damn heatwave.

Yesterday, I spent maybe an hour talking with Spooky about the Dancy story, and then I signed the signature sheets for The Weight of Words, the forthcoming collection of short stories based on Dave McKean images. It includes my story "Objects in the Mirror," and if you haven't preordered you should; it will likely sell out before publication.* After the signature sheets, I got my old drag box down from the top of the bedroom closet and opened it up for the first time in about a billion years. Well, at least since sometime in Atlanta. At least a decade. An assortment of ancient makeup and other artifacts, a one dollar bill that I got as a tip during a show in 1991 or 1992 or maybe 1993, a lone false eyelash.

And there really wasn't much else to yesterday.

I took photos to prove I'm not just making all this excitement up. 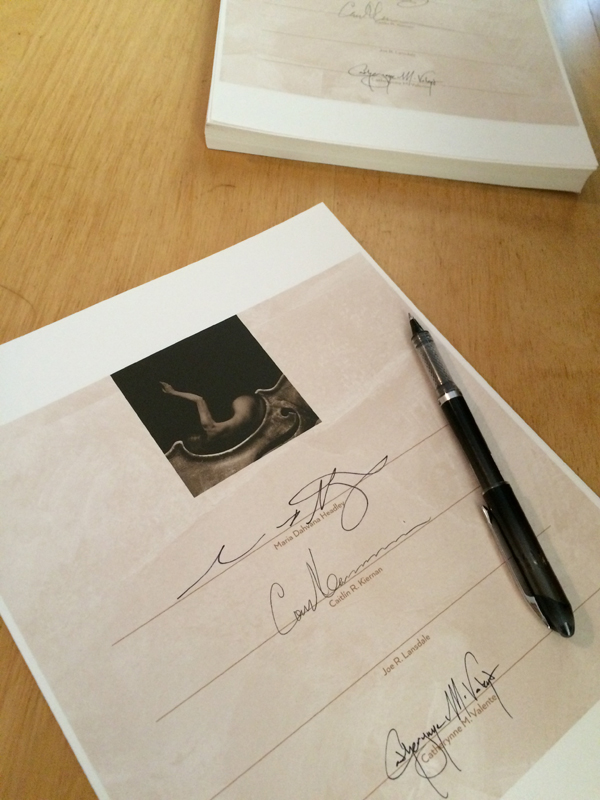 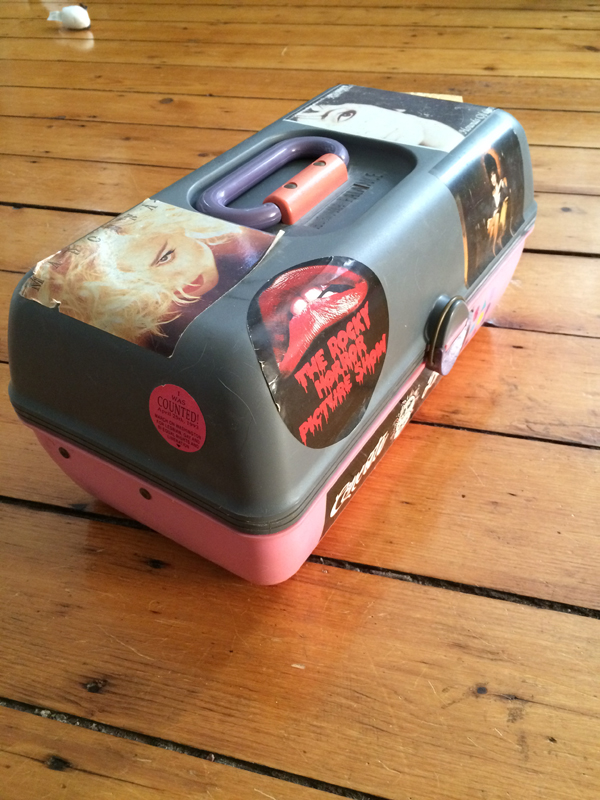 That round pink sticker on the end of the Caboodle, that's from the April 25, 1993 GLB march on Washington, which I attended with Jada Walker, Katharine Stewart, and Jennifer Caudle. We drove up from Birmingham.** And yes, back then, the initialism was much shorter. The name of my drag persona, Aleisha Palance, is written on the top of the box in black Sharpie, but it's mostly rubbed off. This is only one of my two drag boxes. The other seems to have vanished. 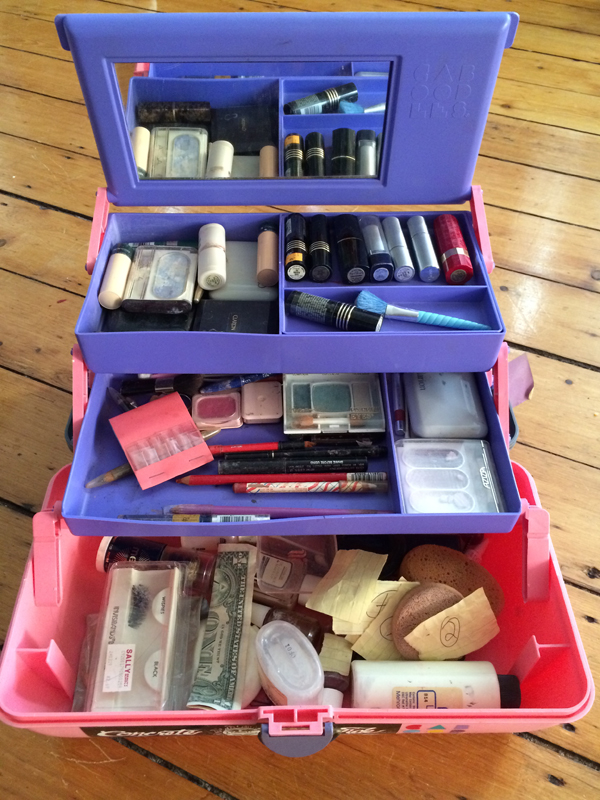 * And in fact, I see that both the lettered and limited editions have already sold out. But there are still copies of the trade hardback edition available.
** To quote Wikipedia's article on the march, "The March on Washington for Lesbian, Gay, and Bi Equal Rights and Liberation was a large political rally that took place in Washington, D.C. on April 25, 1993. Organizers estimated that 1,000,000 attended the March. The D.C. Police Department put the number between 800,000 and more than 1 million. The National Park Service estimated attendance at 300,000, but their figure attracted so much negative attention that it shortly thereafter stopped issuing attendance estimates for similar events."
Collapse