Today, the sun is back. It came back for a hour or so yesterday, but was soon hidden by the sun again. We have snow on the way, but for now, we have sun. Currently, in Providence it's 31˚F, with a windchill at 21˚F. This is a bit more seasonable than was yesterday.

I'm better, much better. And maybe it isn't the flu. Or a strain of flu, I should say. It's also possible that it is the flu, but I'm being spared the worst of it because I got my shot in October. I certainly have all the symptoms and all the discomfort. Many studies indicate that influenza vaccines lessen the duration and severity of the infection. The older I get, the more I am a proponent of flu shots, regardless of the fact that their efficacy varies from year to year.

Today, I try to get back to work. I've lost three days.

Yesterday afternoon, I finished the Alice puzzle and watched an episode of Nova about the discovery of wreck of the HMS Erebus in 2014.

Last night, I could once again taste food and so Spooky made spaghetti. Then we watched James DeMonaco's less than entirely successful The Purge (2013). It's ambitious, but gets lost in its own violence. That is to say, rather than spending most of its time examining the world that has made "the annual Purge" acceptable, it spends 90% of it's running time on what is, essentially, a story about a family defending itself from intruders. It sort of recovers at the end, but by then the damage has been done and many opportunities have been lost. But it does have its moments. Ethan Hawke and Lena Headey are not entirely wasted in their respective roles. This is more true with Headey than with Hawke. It left me wondering if Shirley Jackson started all this in 1948 with "The Lottery" or if there's some older incarnation of this theme. In the sixty-nine years since Jackson's short story, we've seen it again and again and again, from Thomas Tyron's Harvest Home (1973) to Stephen King's The Long Walk (1979), from Suzanne Collins' The Hunger Games (2008) to James DeMonaco's The Purge. Of course, ultimately, this is simply the story of the virgin sacrificed to "the dragon" to save the whole village, an innocent sacrificed to the gods, Theseus and his Minotaur, but I'm wondering more in terms of when the meme (in the unfortunate parlance of our times) entered into Western literature and the pop-culture consciousness. I should know these things. You'd think I would. I'd add, regarding The Purge, the film would have felt a lot more like science fiction before the Horror Clown was handed the presidency two months ago. The unthinkable becomes ever more thinkable. I'll probably watch the two sequels.

I leave you with my "sick pajamas," which are actually Spooky's, but she's let me wear them while I'm ill: 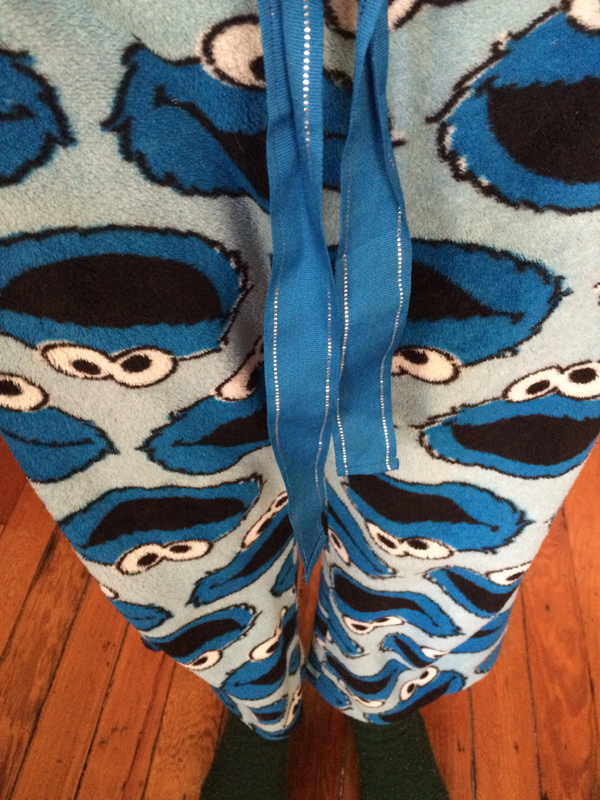