I'm writing this from the downtown branch of the Providence Public Library where I'm going to try and work today, seeing as how it's been almost a week since I've been able to work at home, thanks to the heat. I cannot afford to continue losing days, especially considering I was at least two months behind when this fiasco began. But I have no idea if I'm going to be able to work sitting in this uncomfortable chair, in this overly lit room, with strangers wandering around me. I've been doing this now for a very long time, and, really, there's only one place I've ever been able to write: at home (wherever that happens to be), at my desk, in my chair alone. Rarely, and with considerable trouble, I can write away from my office by reconstructing a facsimile of my office elsewhere, such as at Neil's cabin in Woodstock, during the winter of 2014-2015. But it's rarely worth the effort and expense. In biological terms, I am an overspecialized organism, I'm the sort that faces extinction easily. Tinker with my environment just a little, and I'm gone.

I am not mobile.

“We write out of revenge against reality, to dream and enter into the lives of others.” ~ Francine du Plessix Gray

I've decided to ditch the plan for a new Natalie Beaumont story, in favor of something there's a more realistic chance I might actually be able to get written. Thus far this summer (which has only two weeks remaining), I've begun five stories. I've finished one. Four I've abandoned. I don't want to add a sixth. I have an editor waiting on me who's already agreed to give me more time.

I'd entertained some fantasy of writing an actual review of the Ghostbusters reboot. But I can see now that's not going to happen. And, really, what is there worth saying about that wretched film? I found it abysmally unfunny. It actually made Ghostbusters II (1989) look funny, and I thought that was fucking impossible. In forty-five minutes, I didn't laugh once. It lacked the charm, the wit, and the energy of Ivan Reitman's original. As I said to Kathryn, it was clear that neither Paul Feig nor the screenwriters Katie Dippold and Amy Pascal had a clue what made the first film work. Part of getting Ghostbusters right, part of doing it right again, requires that understanding of what Reitman, Ramis, and Aykroyd were doing way back when. It's like understanding the difference between the Marx Brothers and the Three Stooges. The Marx Brothers managed, at their best, this wonderful trick: They were simultaneously low brow and high brow. That's what great comedy does. The Three Stooges, on the other hand, never rose above the most base slapstick. Ghostbusters (1984) was speaking from the madcap schizophrenia of the Marx Brothers, aiming high and low, filtered through the cultural zeitgeist of the early 1980s. Ghostbusters (2016) never aims for anything much more sophisticated than various incarnations of the Fart Joke. It thinks that it's funny to hear grown women say "poop." Just because. I'm not criticizing the film for crude humor. I'm a great admirer of crude humor. I'm criticizing it for being stupid. And there's a difference. The Marx Brothers knew this. Monty Python, kings of crude, they knew the difference, too. The folks who rebooted Ghostbusters, it's clear to me that they, sadly, don't.

And hell, at least the Three Stooges could be funny every now and then.

I have other criticisms: For example, the racism inherent in defaulting Leslie Jones to the Ernie Hudson role. The black ghostbuster, she had to be the one who works the subway stall (Hudson's character was in sanitation), right? Wrong. If a statement is being made by the filmmakers on inclusion, why not give the black character a teaching job at Columbia? And why three white women? Why not add a Hispanic woman and/or an Asian woman? Oh, and that whole nonsense with casting Chris Hemsworth as a dumb male secretary? I see how it was an attempt to flip a stereotype, but it falls flat as hammered shit, and it also seems to suggest that the filmmakers thought Annie Potts' character in the original film was a dingbat. She most certainly wasn't. So, why invest so much energy in a lame joke that doesn't come off, trying to subvert a stereotype in which the original film didn't indulge? These are, given what the film undertook, very fair questions.

I'm not even going to get started on the problems I have with the lazy story, absent characterization, and the shoddy CGI. Or the homophobia expressed by burying Jillian Holtzmann's gayness.

I saw, in the whole silly mess, a single bright spot, and her name is Kate McKinnon. With a different script and a different director, she'd have nailed the parallel to Ackroyd's Ray Stantz. 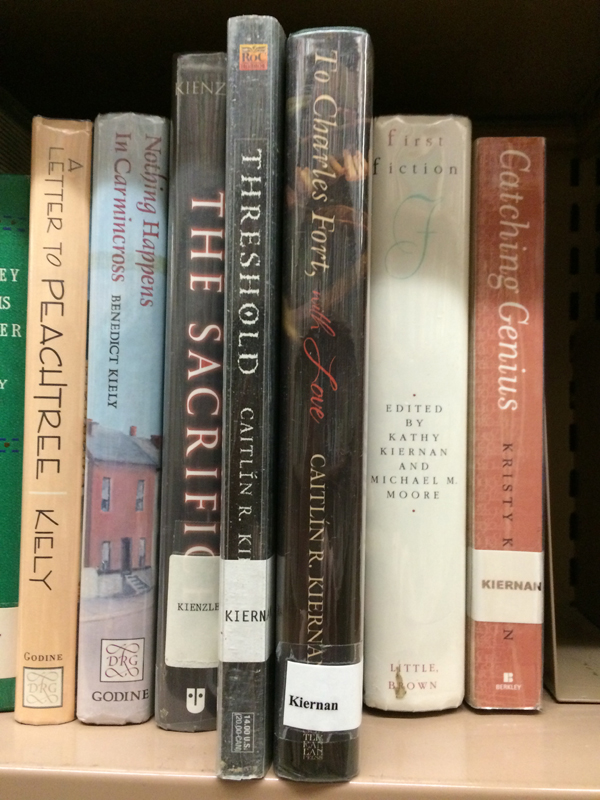