Currently here in Providence it's sunny and 18˚F, with a windchill of –6. Sometime before dawn, the temperature was below zero and the windchill was at -24˚F. Spooky's gone out to the market, and I really wish we'd laid in supplies so she would not have had to do that. The good news is that they fixed our thermostat a couple of days back, before this cold wave hit us. At least we're not huddled under blankets in front of the fireplace. But in the streets last night I saw a parade of wendigos, mastodons, polar bears, and arctic foxes.

Gods, there are days when I simply do not have the patience for other people. This is one of those days.

Sirenia Digest #107, which I spent all day yesterday editing, will go out either this evening or tomorrow (I know I said that yesterday, but there was more editing than expected).

And here's a thing: At times I have found myself engaged in delicate enterprises that, by the nature of the entertainment industry, require a protocol of secrecy until official announcements can be made. Now, what's really annoying about this – other than how I hate keeping secrets and suck at it – is that it looks, I fear, to people reading this blog, like I'm not working. In fact, I'm working my butt off. I just can't say on what. When I can, I'll tell you, and I expect there will be (to quote Monty Python) much rejoicing. Actually, as was the case with my Dark Horse work back in its early stages in 2011, you'll likely here it somewhere else before I make the announcement.

I just needed to say that. Because I cannot stand looking like a bum.

Here's where I wish I were today, with the trees and the mountains and Marco Polo the micro-nerd: 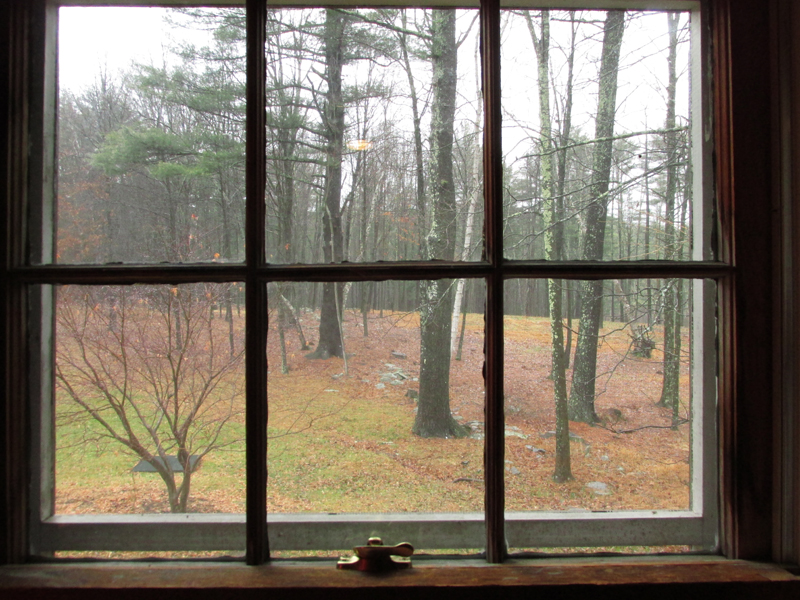