I'm not even going to try to explain all the absurdity that was yesterday. But...we fled the broiling House, discovered upon arriving at the Peacedale Library that it had closed at 1 p.m. Then drove to the Kingston Library, which had closed at 12 p.m., then the URI library, which, turned out isn't open at all on Saturdays in the summer. Finally, we ended up at the North Kingstown Library, which, thank fuck, was open until 5 p.m. Which gave me a couple of hours to work there in the cool air.

And then, as soon as we were leaving, the storms came, the rain fell, and the heat broke.

And here's what I like to see at a library. My books, well loved: 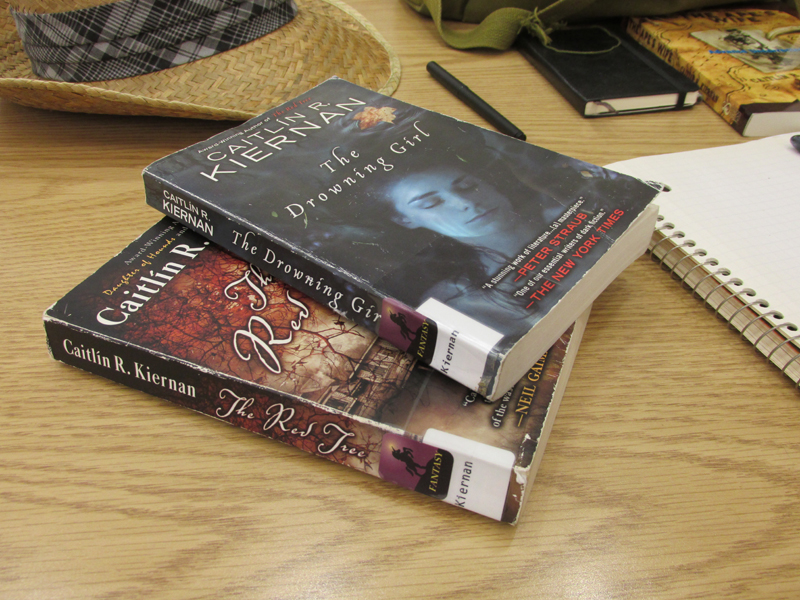