Home again. I can tell, because I just finished reading "Systematics and biogeography of crocodylians from the Miocene of Panama" in the Journal of Vertebrate Paleontology (33:2) in between an email to my agent and unpacking. Spooky and I are on beyond exhausted. I'm pretty sure we passed exhausted yesterday afternoon, somewhere down in Delaware.

Our wait in Penn Station ended up being even longer than we thought it would be when I made my last post. Weather, I suppose. We arrived in Kingston about 10 p.m., where Spooky's mom picked us up; we retrieved the van, which we'd left at Spooky's parents' farm, and made it back to Providence – stopping off at Fellini's to grab a pizza – and home about 11:30 p.m. The trip home, when all the delays were factored in, took us about forty-two hours. Oh, and William Gibson just said that Slim Whitman has died; he was 90.

Ugh. I had in mind that I'd get "back in the saddle" (a nod to ol' Slim, there) with a series of LJ entries recounting the trip. But I think I'm too fucking tired to begin such a thing just now. And I'm sitting here wondering if there's even much purpose, beyond putting it all down – or some of it down – so I'll be able to see it in ten years, long after LJ is gone and blogging is as extinct as Miocene caimans. Through dint of foresight, and understanding how the internet is one of the least reliable means of archiving data, I'm backing this thing up everywhere, including in files on my HD...though, unless I someday print out all those tens of millions of words, even the backups will vanish. Electronic archiving is almost an oxymoron, unless your longview is only two or three decades long. Hell, that announcement of Slim Whitman's death I linked to up there likely won't be reachable by this time next year. But I have digressed. I think. Especially since I just paused for fifteen minutes to read a string of interconnected Wikipedia entries.

Point is...I'm not sure I'll do a blow-by-blow travelogue, as I'd planned. But I'm not sure I won't. I may settle for a highlights, overview, greatest hits sort of relating of the trip. Which seems, paradoxically, both longer and shorter than it, in fact, was. It was, in almost all ways, a very fine trip, and even my anxiety at very long trips was, for the most part, held at bay (though not vanquished). Anyway, I need to go email Dark Horse about Steve's inks for Alabaster: Boxcar Tales #10.

While I was waiting in Penn Station, I got the news from Jada that The Drowning Girl: A Memoir has also been nominated for the British Fantasy Award. I know, right?

Postscript: Oh! But, I leave you with this photo from our final night in New Orleans and the trip's last muggy, late-night stroll along Royal Street. I'm pretty sure this will be the author's photo for the dust jacket for The Ape's Wife and Other Stories: 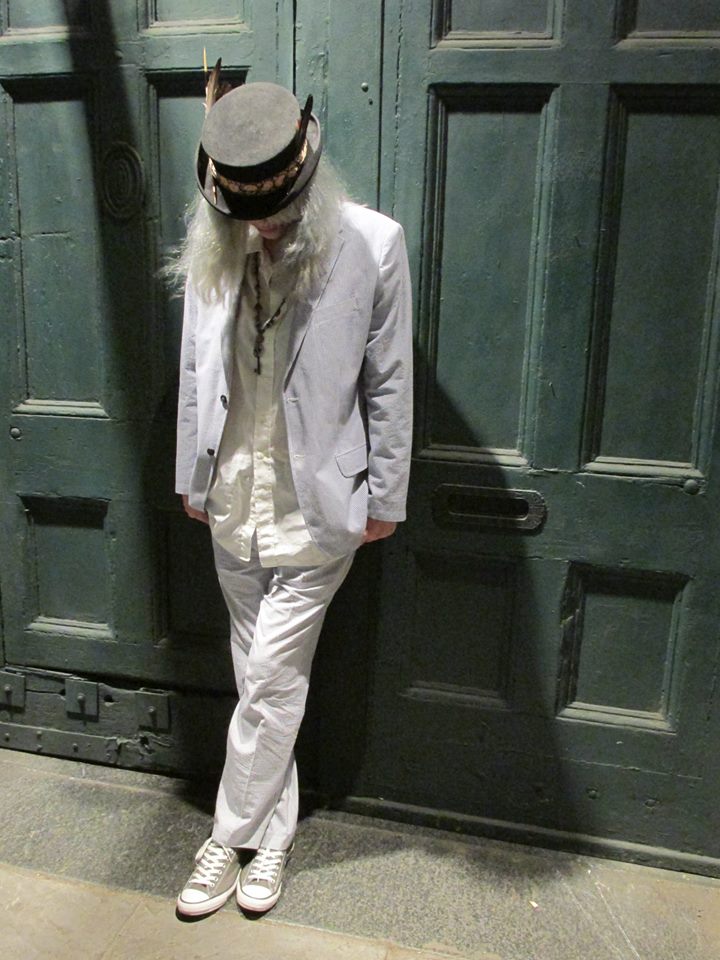 Photograph Copyright © 2013 by Kathryn A. Pollnac

As we were posed for the winners/acceptors photos; I have no idea what Amber Benson and I were talking about. 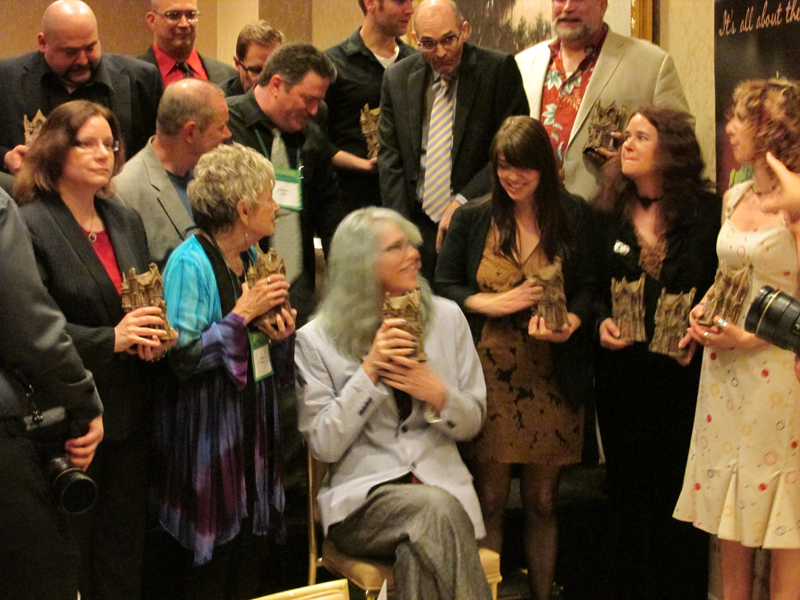