Last night, Barb Moermond sent me and Spooky this photograph (which I don't feel like putting behind a cut): 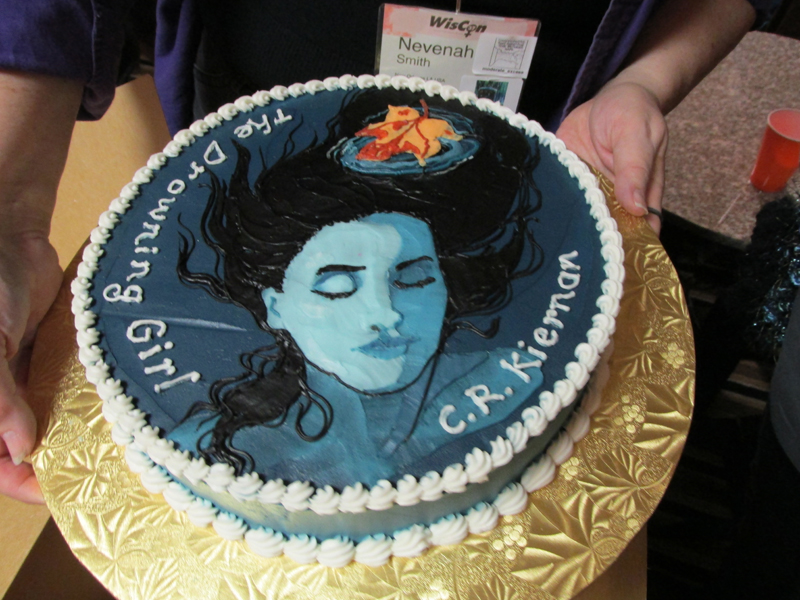 I came fairly close to crying when I saw this. Thank you, everyone responsible, and thank you Barb. I should have been at the Tiptree Award ceremony, and I'll always regret not having been able to attend.

I don't have much to say about yesterday. It was hot, and I was glad it was hot. It's cooler today. I tried hard to think of a story yesterday, but came up with nothing. Just bits and pieces that have yet to coalesce. I answered email I didn't answer on Friday.

I spoke with Bill Schafer at Subterranean Press, as I'd realized that a couple of the pieces in The Ape's Wife and Other Stories will also be included in Volume Two of the "best of" collection, and I was concerned about the overlap. So, we've decided to delay the release of Volume Two (it doesn't yet have a title) until 2015, and so 2014 will be the year of The Dinosaurs of Mars (yes, really). The second "best of" volume will now cover stories from the years 2005-2014. Also, I should soon have more news about the "mythos" collection I'm doing with Centipede Press, which will be titled Houses Under the Sea.

There was a seizure last night. I've had only two, I think, in the past year.