Sunny today. Birds. Air sweet through my open office window. Outside, so I am told, it is 66˚F, which I get the impression I ought feel guilty for not appreciating. I'm told, just look out west. Though, yesterday in Wisconsin, from Fond du Lac to Madison, temperatures rose as high as 82˚F. This in advance of a May winter storm. I keep looking for the secret volcanic eruption behind all this. No one wants to hear about climate change. Anyway, here I am, and today it will be 66˚F or so, and tomorrow perhaps over 70˚F, and then...57˚F. Jump from March back to February. I don't want to be here.

Yesterday, I wrote 1,222 words, beginning and finishing "Turning the Little Key," a new piece for Sirenia Digest #88. It felt about as good as the writing ever feels. Writing completely free of the tyranny of plot or reader expectation or editorial opinion.

Today, I need not to be here. Instead, I'll try to get back to work on the final 6,000 words of Red Delicious. I'll attend to several tedious emails.

Email seems to have two plural forms. "Email" and "emails." I far prefer "email," as I prefer "squid" over "squids" and "fish" over "fishes." But "I'll attend to several tedious email" looks somehow odd. Oddish, at the least.

Yesterday, one comment seemed to see in Siobhan Quinn some sort of parallel with my own life, as though with her I were continuing my habit of fictionalized autobiography. I don't believe this is the case. Her story isn't mine. Sarah Crowe's, yes. Imp's, yes. But not Quinn's. She gets her own. Of course, I can draw her from no source but my own self, knowing as I do almost nothing of people who are not me. This isn't necessarily a negative criticism of the commentator's observation. It was an interesting observation. It just happens to be wrong, as are most interesting observations.

For example, another recent comment here suggested that the name Dancy Flammarion was meant to signify one who "dances in the flames." Which is interesting as Hell. And someone might make recourse to subconscious intent when I named her, way back in 1998. But knowing as I do the two sources from whence I took her name, I have to say this very interesting attempt at decoding the name is mistaken, only a coincidence (and, yes, Virginia, there are coincidences). A file that just happens to be 777k long, for example.

I went outside yesterday, though the trip was brief and dull. I smelled the sea from a distance. Last night, panini for dinner, which was nice. Then far too much RP in The Secret World. Isaac Snow, who is where, these days, I tend to hide from myself and the world all around me. How do people ever bear to be themselves? 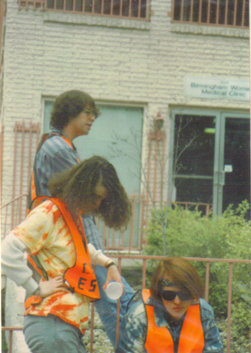 Wanting To Go Back To the Dreams,
Aunt Beast