Turns out yesterday's panic at URI – which included police helicopters – was triggered by a NERF gun and a game of Humans vs. Zombies.

The news of Roger Ebert's death was sort of staggering. Such a strong and brilliant man.

I didn't write yesterday. The day was a howling thunderstorm of chaos and bad news and concern for those I love. I'm not going into all of it. And all of this turmoil around me is playing out against the background of North Korea's suicidal fucking saber rattling. Yesterday, I watched sober, straight-faced discussions of the likelihood of nuclear and high-explosive missile launches by North Korea against South Korea, Japan, and other east Asian targets. Round and round inside my noisy head: I've been watching this all my life. And it's only a matter of time, isn't it? And what the fuck is wrong with this species? Today, talk of evacuating foreign embassies in Pyongyang.

Me, I sit in my little book-lined room and make up stories, and the most disturbing of my fantasies cannot begin to compete with the world around me.

Today, I just want to get my pages written. I'm falling behind, and I have zero time for falling behind. Less than zero. Yesterday, I managed to deal with some issues pertaining to Alabaster: Boxcar Tales 8, and got through a bunch of email, so at least there was that. Spooky and I left the house late in the afternoon, mostly just to get out, and we stopped by Newbury Comics, which was a bad idea. Because, you know, music. We picked up Wye Oak's Civilian, How to Destroy Angels' Welcome Oblivion, and Son of Rogues Gallery (rhino in a rowboat!). I am head-over-heels in love with Wye Oak, whom I'd never heard before until night before last. Oh, and I saw Dancy in a comics shop for the first time ever, in a copy of Dark Horse Presents #19.

And speaking of new music, tonight, at Met Cafe, is the release party for Brown Bird's new album, Fits of Reason: 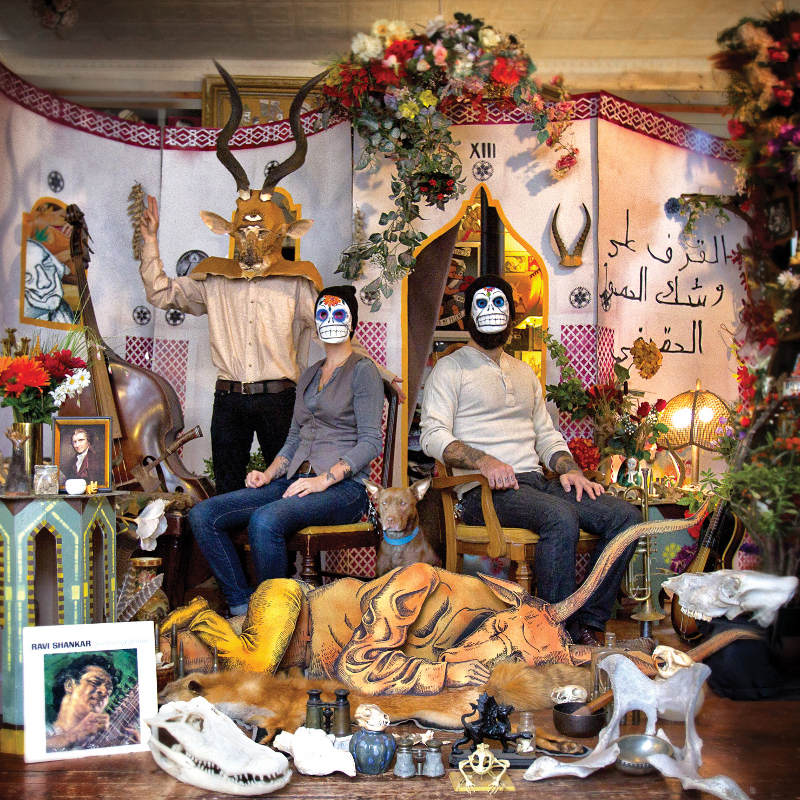 We want to be there, but we're both a little exhausted for a noisy, packed club just now. We'll probably stay home and do Kindernacht. Probably. Pizza a cheesy horror films are a poor substitute for Brown Bird.

We finished Season Two of The Walking Dead last night, and wow. Just...wow. Those final three episodes were, what's the word? Harrowing. The were harrowing. This series improved so dramatically.

I still keep my baby teeth,
In the bedside table with my jewelry.
You still sleep in the bed with me,
My Jewelry and my baby teeth.

I don't need another friend,
When most of them
I can barely keep up with.
I'm perfectly able to hold my own hand,
but I still can't kiss my own neck.