I did not actually consciously decide to put the journal on hiatus. It just happened. I could not image to continue recording that "Today I did nor write" over and over and over.

Oh, I did not write today. (rim shot, laugh track)

I also did not intend to succeed at "self isolating." But I have. Since October 9th, when I went about two miles from home for a doctor's appointment, I have been out of doors for ~5 minutes total. I shit you not. I think I have stepped out the door four times. Once I went to the bottom of the stairs. Mostly, someone from McWane brings me something to work on and I open the door to retrieve it (and put it in a quarantine box for a week). Before Covid-19, I was already halfway to Howard Hughes. This virus has pushed me into full on shut in. And for most of this time, I have been unable to write.

But between December 15th and 22nd, I wrote two vignettes for two issues of Sirenia Digest, my first successful attempts at fiction writing since April, and I was able to get two new issues out to subscribers, Nos. 178 and 179 (November and December). I was 7 months behind. Now I am only six. The plan is to produce, at the very least, two vignettes a month for two issues a month until I am caught up, six months from now. I am immensely grateful to everyone who has stuck with me. Thank you. I will make good on this.

Of course, there's a mountain of work not related to the digest, and I have to try and write that, too.

I had only one book actually released this year, The Tindalos Asset from Tor.com, though the coming reissues of Alabaster and the new Dancy collection Comes a Pale Rider will both carry 2020 publication dates.

I wish for you all a happy and healthful New Year. Biden won. We will get through this nightmare. We have to. We have a civilization to repair. 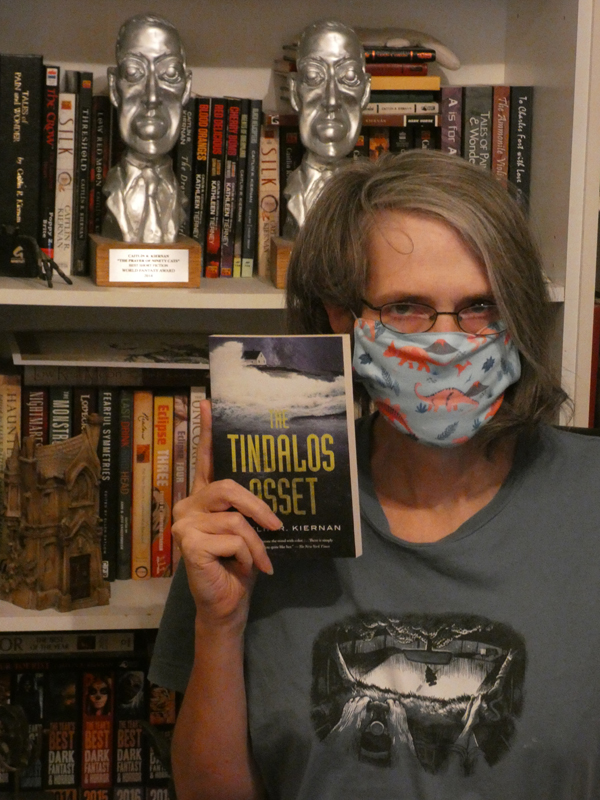 I'm reading my way through the new JVP. I have, of course, read "A systematic review of the giant alligatoroid Deinosuchus from the Campanian of North America and its implications for the relationships at the root of Crocodylia." I've also read "A new carcharodontosaurian theropod from the Lusitanian Basin: evidence of allosauroid sympatry in the European Late Jurassic" and "A New Genus of Chimaerid Fish (Holocephali, Chimaeridae) from the Upper Oligocene Sooke Formation of British Columbia, Canada." I also got back to work on Winifred today, but what I'd hope was a complete cervical rin turned out to be only a fragment and another "bone" was discovered to be nothing more than a corprolite. When I told Spooky she said, "Well, poop." because she thinks she's funny.

I'm reading Dracula, for the holiday. I am fairly well convinced that Dracula is the only genuinely great vampire novel ever written, and everything else has been fluff or footnotes.

Oh, hey. I had a baloney sandwich for dinner. Who saw that coming? 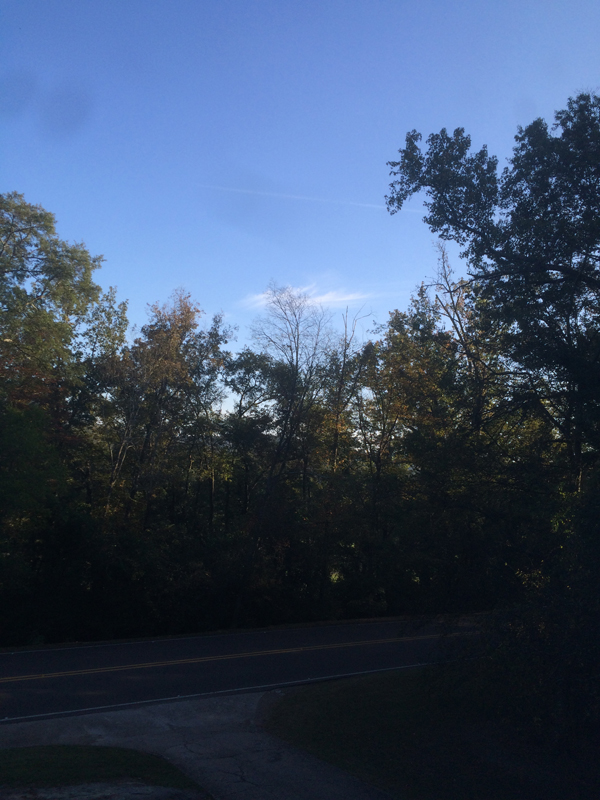 The study of literature threatens to become a kind of paleontology of failure, and criticism a supercilious psychoanalysis of authors. ~ John Updike*

And Spooky's hair is purple now, and I got a package from Billy, from far away New Orleans. There was a cute little skeleton thingy and a bag of Zapp's potato chips and a shit ton of signature sheets for Subterranan Press' forthcoming The Best of Dark Terrors.

I had a fried baloney sandwich for dinner. RP in SL. More episodes of The Big Bang Theory.

* I might argue the situation has worsened greatly since Updike said that, as the study of literature now seems to have devolved into a moralistic crusade to ferret out perceived offenders of this or that social crime. 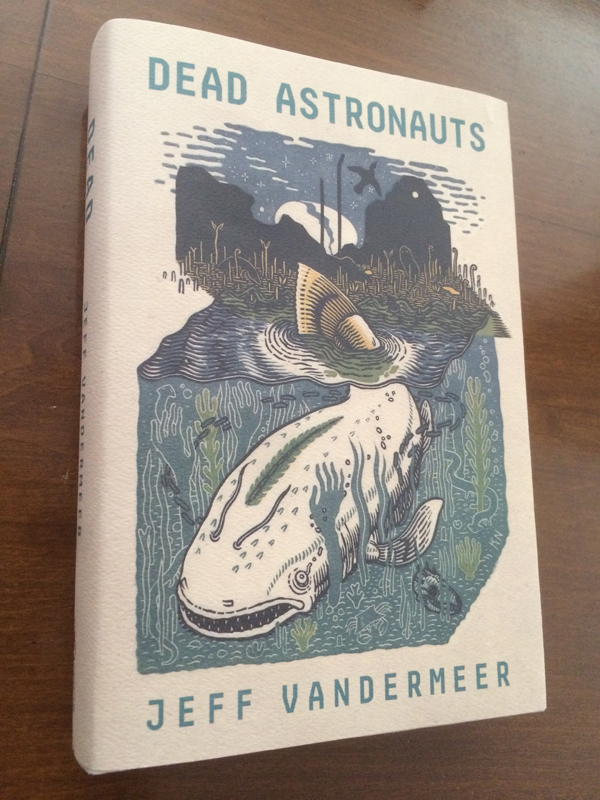 We're having cooler weather. We only made it to 70˚F, but it was mostly sunny.

I'm trying to work, trying to write. I have to get the ms. for Vile Affections, my next short-story collection, to Subterranean Press by November 1st. I have to speak with my agent this week. I'm choosing readers for the Tales of Pain and Wonder audiobook.

There was another grilled-cheese sandwich for dinner, but this one had baloney.

Halloween has begun in GW2. 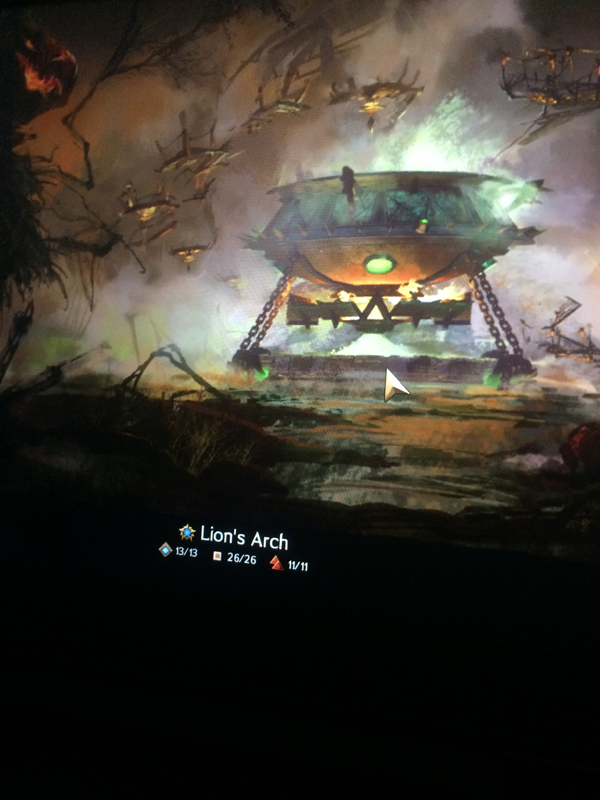 Second verse, same as the first.

We must be on verse ten thousand by now.

We know evolution happened not because of transitional fossils such as A. natans, but because of the convergence of evidence from such diverse fields as geology, paleontology, biogeography, comparative anatomy and physiology, molecular biology, genetics, and many more. ~ Michael Shermer

When all the signs point north, one does not walk south in search of answers.

There was a grilled-cheese sandwich for dinner. 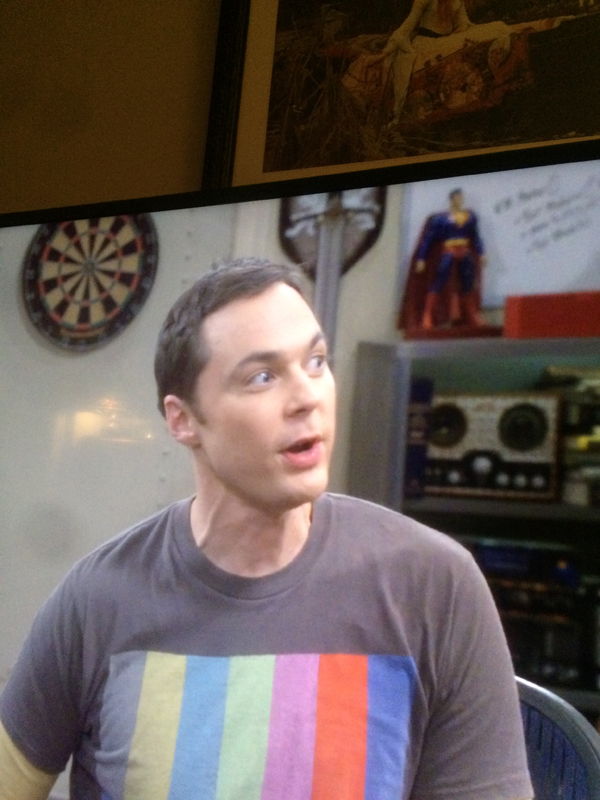 I swear to fuck, I can't remember what I did today.

I worked on the cave matrix some. I watched TV and played GW2. There was RP in SL. All those abbreviations. Dinner was a can of Campbell's soup. 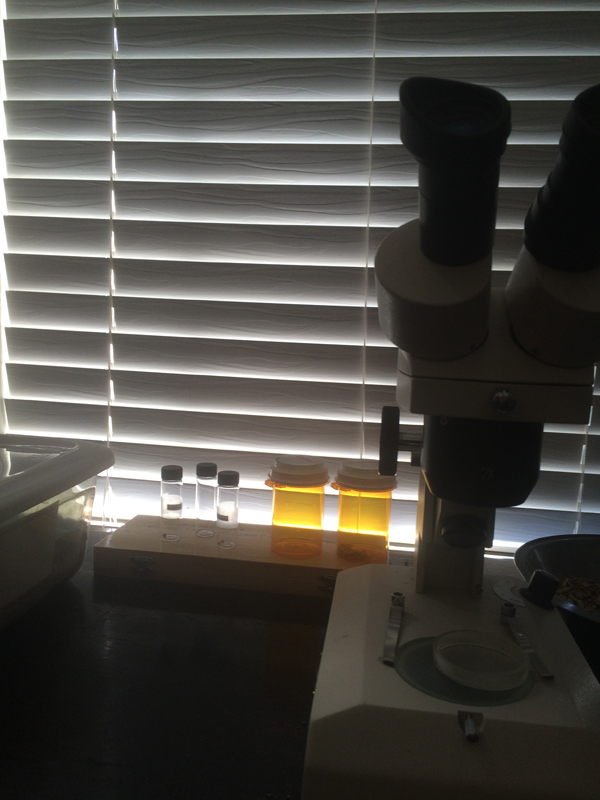 The James Goho book has, I think, really done a number on my head. I suppose it ought not have, but it has, all the same. Someone has gone to the trouble to write a book about my fiction, and McFarland has seen fit to publish it. And it just will not sop seeming weird. I haven't even opened my copy of the book since it arrived. I've held it a couple of times, but I have not opened it. I may or may not ever actually read it. I suppose it would be a disservice to Mr. Goho if I never do. I wouldn't want to seem ungrateful, because I am grateful. It's just very strange. But, as you can see below, the dodo and the hedgehog approve.*

What else today? Well, it's not a today thing, but yesterday I finished with Hunter S. Thompson's Fear and Loathing in Las Vegas and began Jeff VanderMeer's Dead Astronauts.

I picked through some of the cave matrix and found a pretty little shrew jaw.

I''m supposedly on a two-week break from Second Life, just to let my head clear. But I'm not doing so well, which is to say I did a short scene last night (thank you, Chris) and will likely be in SL much this weekend. But I am trying.

Later Taters,
Aunt "They Done Went and Wrote a Book About Me" Beast 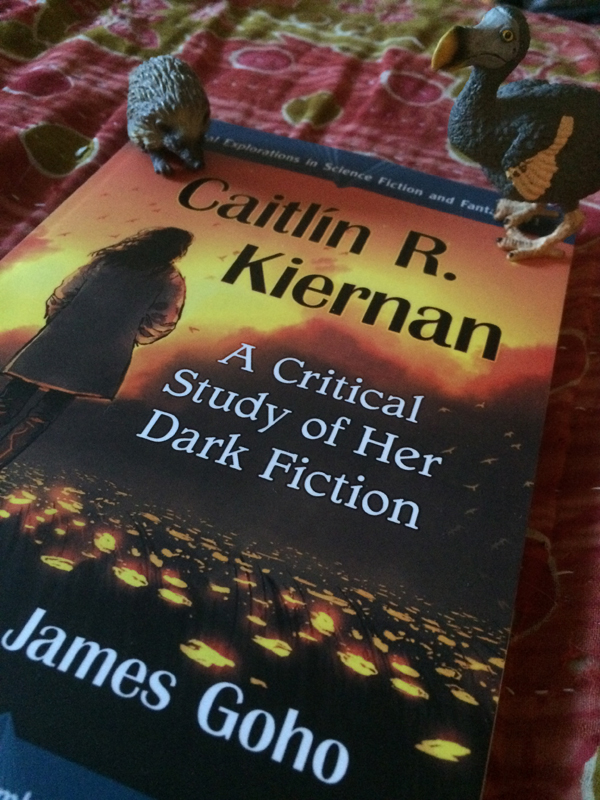 * On my desk reside these three critters I think of as artistic "spirit animal" equivalents, sort of writerly companions representing facets of my psyche – the platypus, the dodo, and the hedgehog. They've been with me for more than twenty years at this point. Note, I don't actually buy into "spirit animal" superstitions, but it's nice to friends, even if they are only injection-molded plastic from some Chinese sweatshop.

Today is the official release day of The Tindalos Asset, the third in the series of "Tinfoil Dossier" novellas. This is the one I began way back in June 2017 and never would have finished were Jonathan Strahan a less patient editor. I hope you'll buy it and enjoy it. As a hardcore fan of The X-Files, I am very glad we got the release day we did.

Also, I received a copy of James Goho's Caitlin R. Kiernan: A Critical Study of Her Dark Fiction (Mcfarland), which is just all sorts of weird, holding a book that has been written about your work.

Oh, and the latest issue of the Journal of Vertebrate Paleontology arrived, which includes a long, long-needed revision of the anatomy and phylogenetics of the gigantic Late Cretaceous alligator Deinosuchus, which reached lengths of ten meters and likely dined on dinosaurs. The paper also names a new species of the gator from Mississippi, Alabama, and Georgia, Deinosuchus schwimmeri, named in honor of Dr. Dave Schwimmer with whom I coauthored the Alabama velociraptorine study in 2004.

If I were to look at all my heroes, those men and women who have inspired me, throughout my life, to do the work I have done and will do both as an author and a scientist, and then excise from their ranks those many who viewed (or can safely be assumed to have viewed) my gender identity and sexual orientation as deviant or loathsome or sinful or whatever, I would find myself discounting almost every single one of them. Which would be absurd and would force me to lie about my feelings for them and their accomplishments. So their beliefs do not diminish my admiration for them as authors and scientists or even as humans. They *were* humans, and they were humans of their time. They were, like me and you, fallible. So I keep them to me, thank you. And I understand, too, this is not some Ultimate, Final Enlightened Revolution we're seeing today, and in fifty years "progressives" will look back on it and roll their eyes and bemoan our most honest attempts as just another misguided sort of crypto-racism/sexism/insert you "ism here." 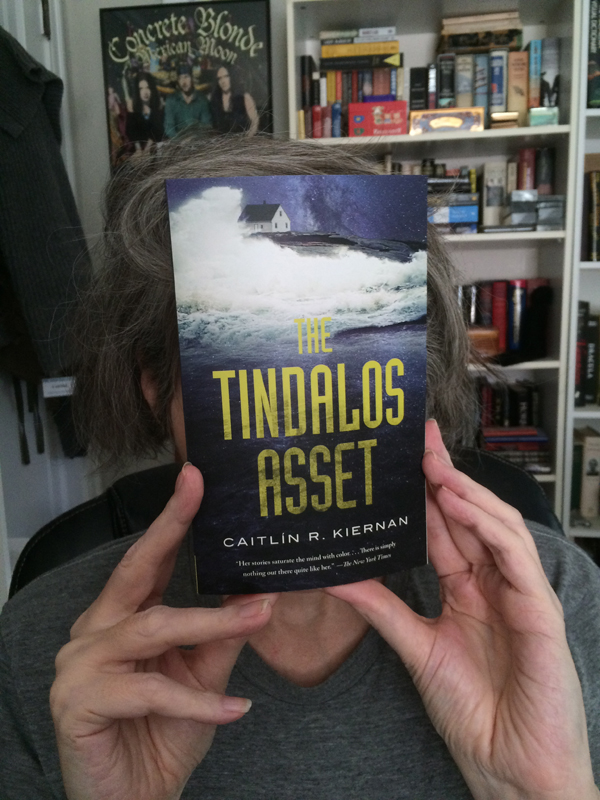 I think from now on I'm gonna cut to the chase and describe myself as "gender oblivious."

The sun is back, thank goodness. Delta was not welcomed here, though I doubt she was anywhere, and certainly not where she did genuine damage. Hopefully, we are done with hurricanes for the year. Our high today was a pleasant 83˚F.

The trees went all autumn while I was hiding in the house.

So, today I opened up the sample that Jun brought me last week, a hash of bones and bone fragments from a Pleistocene-aged cave deposit in northwestern Alabama. This stuff was actually collected in June 1987 (this is the pace of paleontology, oftentimes; recall that Winifred was discovered in 1983) by a crew from the sadly defunct Red Mountain Museum. A bone-rich orange clay covers the floor of the cave, bones that sifted down from the forest floor above the cave through fissures or were carried in during occasional flooding of the nearby Tennessee River. The cave's stratigraphy is rather complicated, but the bed this sample was derived from has been carbon dated to 11,820 +48 to -500 BP (the date was derived from a black bear femur), which means it was lain down during the Wisconsin Glacial Episode. The animal and plant remains preserved in the clay indicate that the Wisconsin in that part of Alabama was very similar to that today, though there were numerous species that are either now extinct or still exist elsewhere, but have been extirpated from the state. Black bears, white-tailed deer, tapirs, beavers, peccaries, mastodons, various mustelids (skunks, wolverines, weasels, etc.), foxes, cougar, wolves, mice, voles, shrews, mountains of bat remains, a sabertooth cat tooth, various lizards, snakes, turtles, frogs, and salamanders, and – see? A marvelous fauna. A nearby cave of roughly the same age produced multiple giant ground sloth skeletons. Anyway, I'm mostly looking for reptiles remains, including essentially microscopic squamate bones, but I'm trying to sort the whole sample while I'm at it.

Balanced somewhere precarious between ironic and idiotic, that anyone would tear down a statue of Abraham Lincoln in a protest of Columbus Day. 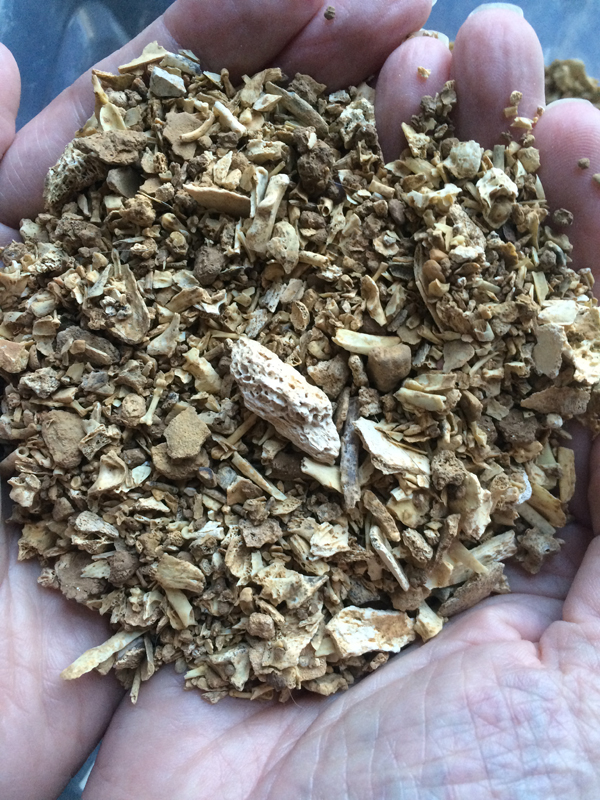 Still rainy. Delta spinning down, and Alabama lost great numbers of pecan trees. Our high today was only (ugh) 74˚F.

It's Sunday, isn't it? I had to stop and figure that out.

Today, I signed the signature sheets for the limited edition of Steve Jones' The Mammoth Book of Best New Horror #30, which reprints my story, "Virginia Story."

The last few years, there are many ways that I have disappointed various segments of my readership. The strangest one, to me, are the people who are disappointed that I'm not a cynic, that I'm really not very cynical at all. That I disapprove of cynicism as a default setting.

I should compile a Top 10 list of ways I have disappointed readers since, say, 2010. 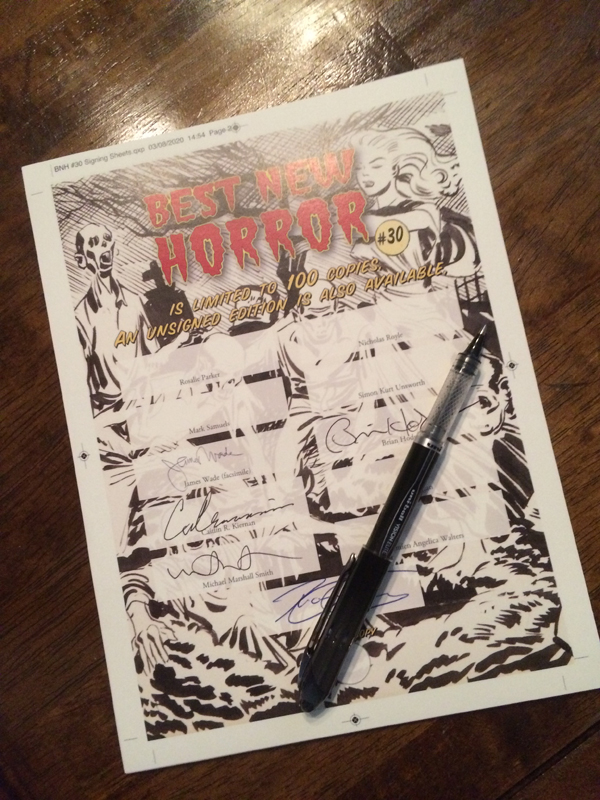